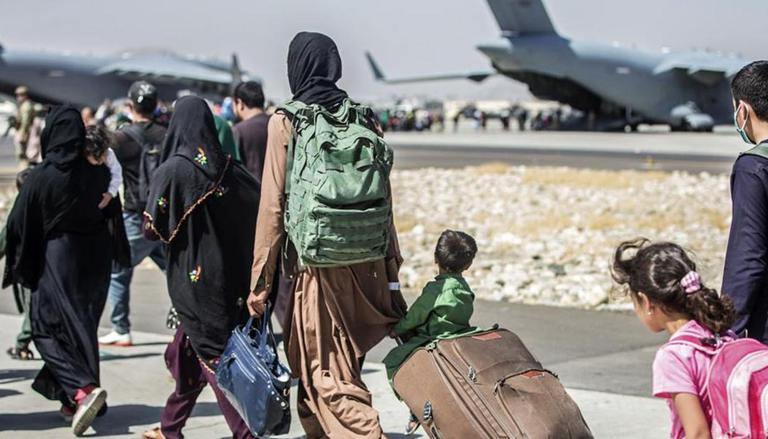 In a humanitarian gesture, Italy announced on Wednesday that it would administer the coronavirus vaccine to evacuees from Afghanistan. However, the announcement also made it clear that the COVID-19 vaccination will be “optional” for evacuees.

Italian Prime Minister Mario Draghi said his office had previously called on authorities, including the army general in charge of the national immunization program, to create a master plan for administering immunization to the Afghan people. . In addition, he said evacuees could receive the vaccine anywhere in the country.

Earlier today, Italian ministers told lawmakers 2,659 Afghans had already arrived in Italy. Apart from that, around 1,100 people are waiting at Kabul airport for Italian flights. On Sunday August 22, hundreds of people, including Afghan expatriates from the Pashtun, Uzbek, Tajik communities and journalists, gathered in Republic Square in the heart of Rome and expressed their solidarity with Afghan citizens. During the anti-Taliban demonstration, several Afghans came with their families and expressed their anger at Pakistan for supporting the Taliban.

The four-hour event saw speeches made by members of the society in solidarity with the Afghan people. Several protesters were also seen with “Afghan Lives Matters”.

“They have no respect for the Constitution and its provisions which, among other things, establish that the form of the State as a Republic cannot be changed and that the fundamental rights of people can be made more effective but never diminished” said Nadir, who is a professor of Afghan studies at various universities in Italy.

The Afghan president deserted his compatriots

“What you don’t understand is that in fighting the Taliban, I am fighting for your own freedom. The world should not recognize and normalize their relations with the Taliban. No free-thinker Afghan wants to live under the Taliban regime. The Taliban are not the public’s choice; it is imposed on them and the world is complicit in their situation of powerlessness. “

Earlier on August 15, the Taliban declared victory over the already war-torn country after conquering the nation’s capital, Kabul. The next day, the besieged Afghan president left the country, leaving his people to face the atrocities committed by the Taliban alone.