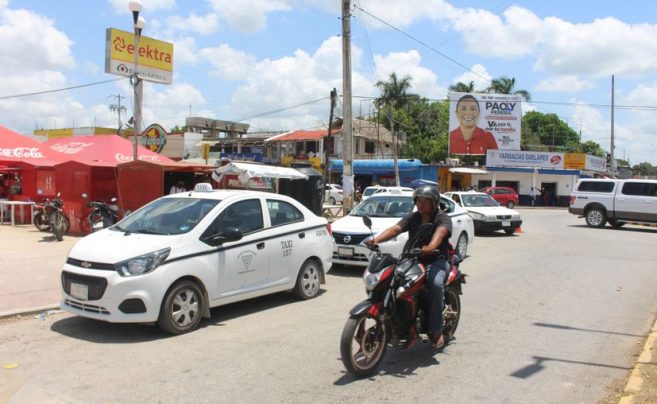 The digital platform was developed by Manuel Canul, a young Maya from Carrillo Puerto very gifted in programming.

Quintana Roo, (August 28, 2021) .- The General Union Francisco May of the Municipality of Felipe Carrillo Puerto will launch a mobile application called “Koox Taxi” (let’s taxi) in order to provide a quality service accessible to all.

The platform will be available in the Play Store, the design will be user-friendly, it will have a database of operators, taxi numbers, the cost of the service, the route it will take and the estimated time. to arrive, among other features.

Mario Didier Aguilar Ramírez, general secretary of the union of taxi drivers of the municipality of Carrillo Puerto, indicated that on August 27, the application was officially launched, people with smartphones will be able to use the service from that date.

“Once the official launch is done, those who want can download it for free in the Android system, just search for it as ‘Coox Taxi’, just register an email and a phone number, so you can do part of the database, ”said Francisco May.

He said that they are still analyzing the possibility that those who request the service through the platform, an additional cost will be applied to them as in a radio taxi, which should be three pesos, so when requesting transport in this mode, the user will pay 28 pesos, although this has not been determined.

He added that this innovation aims to facilitate user attention, that is, safe, satisfactory, in addition to generating direct interaction with drivers, if there is any problem, dissatisfaction, they can report it to the union and action is taken on the subject, find a solution.

“This is an application developed by Manuel Canul, a prominent young man of the municipality in the management of technologies and programming, about two years ago, they started working with this new strategy, she did not have been completed and until today, it is almost a fact, ”he said.

Rebecca Wasserman-Hone, who put Burgundy on the US map, dies at 84