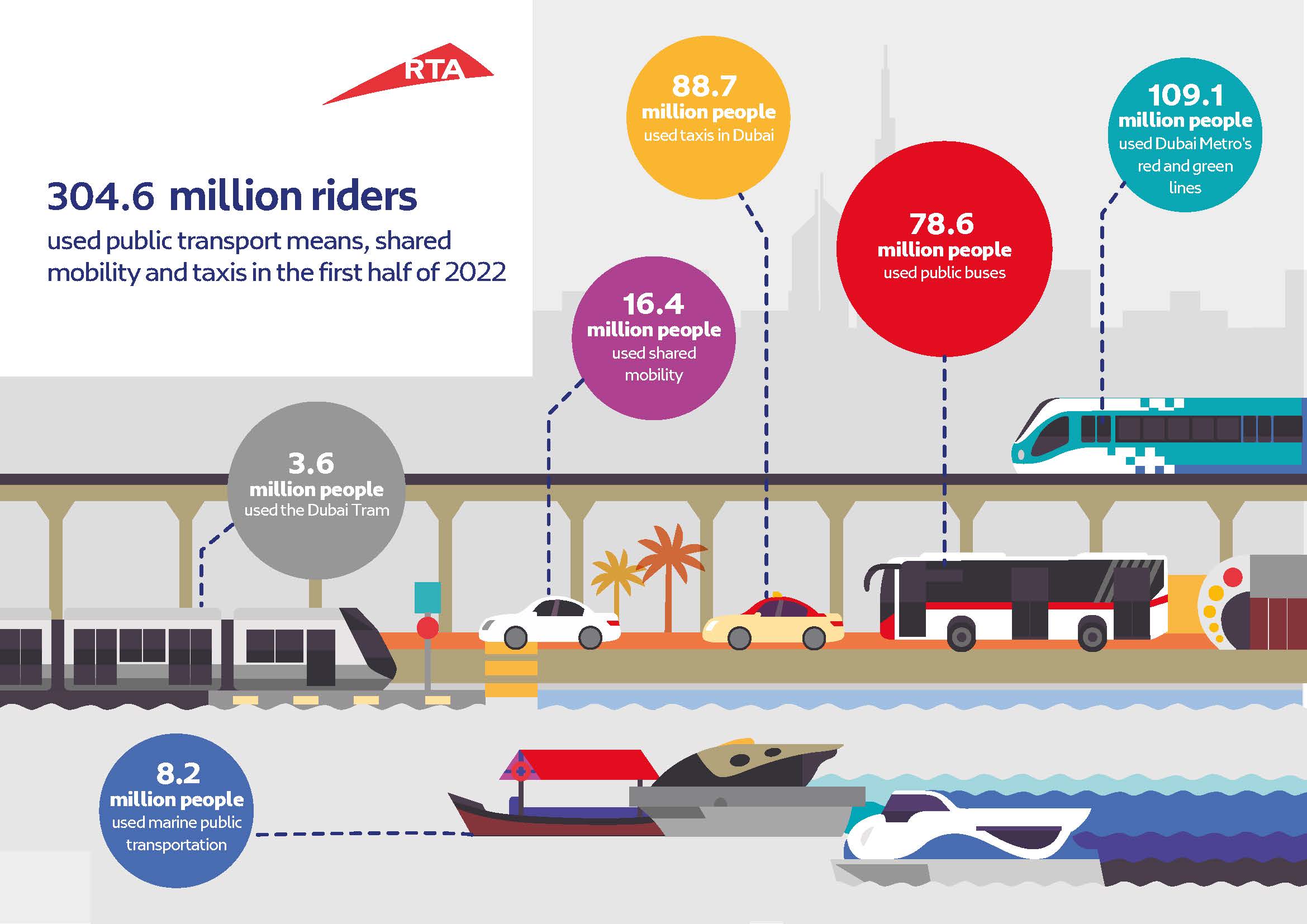 304.6 million users used public transport, shared mobility and taxis in the first half of 2022

His Excellency Mattar Al Tayer, Chief Executive, Chairman of the Board of the Roads and Transport Authority, said: “Dubai Metro and taxis accounted for the largest share of passengers using public transport, shared transport and taxis. , with 36% for Dubai Metro and 29% for taxis, while public buses contributed 26%. March 2022 was the busiest of all months with 62 million passengers, which coincided with the end of Expo 2020 Dubai. Attendance in other months ranged from 46 to 49 million passengers. The first half of 2022 saw a 3% growth in attendance, compared to the same period in 2019, before the Covid-19 pandemic. This is an important indicator of the growing demand for public transport as well as the revival of economic activity in Dubai.

“These results reflect the effectiveness of RTA’s plans and programs implemented to provide various mobility options to the people of the emirate. Dubai’s fully integrated public transport network has now become the backbone of people’s movement around Dubai. The network has succeeded in bringing about a change and evolution in the culture and attitudes of the community towards the use of more means of public transport,” noted Al Tayer.

“RTA’s strategic and executive plans are based on the principle of integration. Thus, the smooth flow of traffic in the emirate relies on the provision of integrated solutions to expand and improve the networks of roads, passages and means of public transport, including metro, tram, buses, means of transport shipping, first and last mile means of mobility. and shared transport. It also depends on the improvement and integration of facilities for pedestrians and cyclists and the upgrading of traffic systems, roads and public transport to ensure optimal use and efficiency. Soft mobility elements also cover the implementation of policies capable of limiting public dependence on private vehicles and increasing their dependence on other means of mobility, including public and shared transport,” Al Tayer concluded.