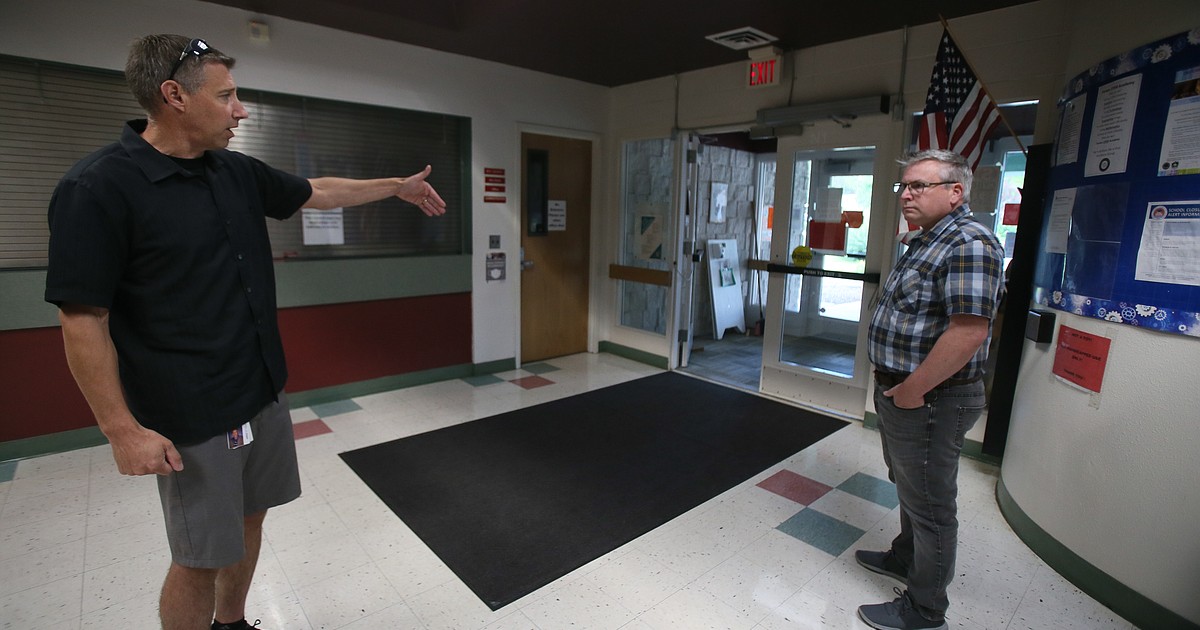 A request for investment in security, maintenance of schools

“Once you start getting cracks, they get worse and worse,” said Coeur d’Alene School District Director of Operations Jeff Voeller.

Crumbling sidewalks, rotting ramps, torn carpets, dilapidated heating systems, and entrances and schoolyards that need increased security are among the many issues the district hopes to address with the tax funding. school facilities which will be submitted to voters on August 30.

If this levy is accepted at the ballot box, it would allow the district to collect up to $8 million a year for 10 years. If the full amount is not needed in any given year, less than $8 million will be taken.

The district has 40 buildings spread across 17 school campuses and four operational facilities. These facilities are on average 30 years old.

About 25% of the levy funding will go to safety, security and technology projects, while 75% will go to the backlog of needed repairs.

By making this investment now, the district hopes to save millions of dollars in taxes over the long term.

From a student perspective, Dylan Jones, an incoming senior at Coeur d’Alene High School, said this tax will solve problems at his school and others that will allow students to be their best every day.

“I constantly hear complaints about our heating and air conditioning,” he said. “There are many rooms that lack the proper heating, ventilation and air conditioning systems to keep students comfortable in the classroom without having to constantly worry about the temperature. The air system in our schools, I think, has been the biggest problem over the years that this levy can really do a good job of solving.”

The aesthetics of deteriorating schools also impact students in the district.

“Our interior is outdated and bland,” said Dylan, who serves as the district’s student advisory group chair. “I think if we make our schools look dynamic, the culture and the spirit of the students can change as well.”

He said that in the grand scheme of things, he sees no downside to improving the learning environment for students.

“I would much rather come to school and get into a great facility that is well maintained and organized,” he said. “At the end of the day, it’s not just for looks, but for the students.”

Based on the growth in value of all taxable properties in the Coeur d’Alene School District, district officials anticipate that this levy will have a tax rate of $31 per $100,000 of taxable value, or about $0.31 per $1,000.

Maben explained that the ballot wording that voters will see is based on the total property assessment for 2021-22, rather than what is projected for the 2022-23 fiscal year.

“The wording of the ballot indicates that the tax rate for the proposed levy will be $50.03 per $100,000 of assessed value, or $0.50 per $1,000,” he said. “We do know, however, that our tax rate is being lowered by the growth in residential and commercial development here, and by the growth in assessed property values. This is how we can say that the effective tax rate for the levy will be approximately $0.31 per $1,000.”

The overall tax rate for the Coeur d’Alene School District, which includes its two-year operating tax and school construction bond, is currently $1.56 per $1,000.

The online voter registration deadline for the Aug. 30 election is midnight Friday. Paper applications must be postmarked no later than Friday. The deadline to request a postal vote is August 19.