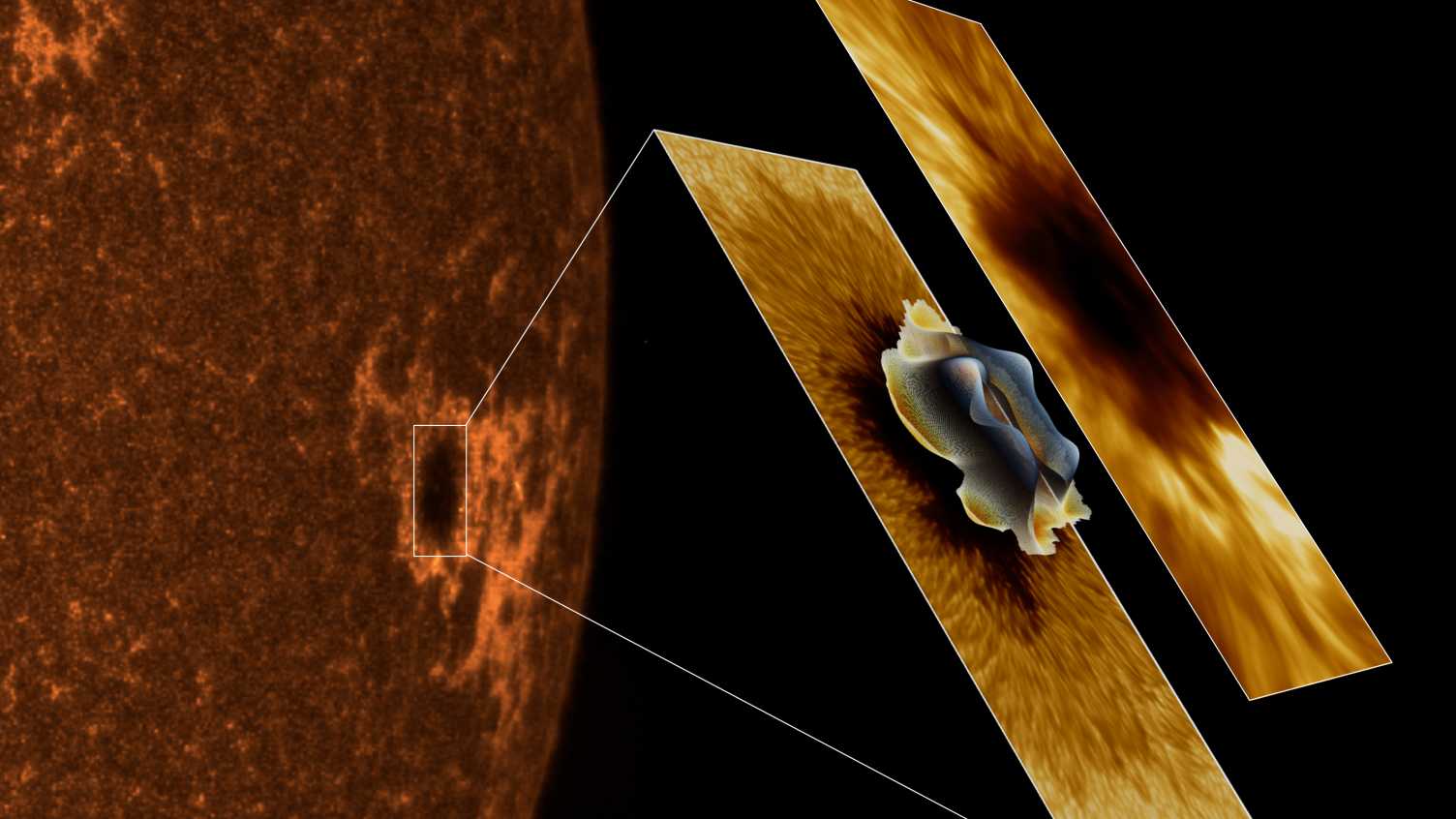 A major new breakthrough that could help scientists understand more precisely the effect of magnetic fields on star oscillations has been achieved by researchers at the University of Sheffield.

A major new breakthrough that could help scientists understand more precisely the effect of magnetic fields on star oscillations has been achieved by researchers at the University of Sheffield.

In a groundbreaking new study, published in Nature Communicationa team of scientists led by Dr Marco Stangalini from the Italian Space Agency, Dr Gary Verth and Professor Viktor Fedun, both from the Plasma Dynamics Group at the University of Sheffield, have developed a new model that explains the waves detected in a large sunspot on the surface of the Sun.

High-resolution data captured by the Dunn Solar Telescope in New Mexico has now provided clear evidence that sunspots contain a rich variety of waves, which have both magnetic and acoustic characteristics, called magneto-acoustic waves. The Plasma Dynamics Group in Sheffield has developed a new model for successfully matching data.

The sunspot, which is about three times the diameter of Earth, is unusually large for the Sun, but it’s still much smaller than the largest spots on other stars. The results of the study suggest that current acoustic wave models used to determine the size and structure of stars outside our solar system would be improved by taking into account the effect of magneto-acoustic waves inside stars. large stellar spots.

Dr Gary Verth from the School of Mathematics and Statistics at the University of Sheffield and a member of the Plasma Dynamics Group, said: “It’s really thanks to our collaborator, Dr Marco Stangalini of the Italian Space Agency, who started this by collecting and processing excellent data, providing for the first time clear evidence of abundant magneto-acoustic oscillations. in a particularly large sunspot. He contacted members of the Plasma Dynamics Group here in Sheffield because of our expertise in the theory and modeling of solar magneto-acoustic waves.

“However, no existing model was accurate enough to match the high-resolution observational data, so we had to take a completely new approach. This involved entering the exact shape of the sunspot’s cross-section into our calculations. .

“Our research team was delighted when we found that our model and observational data were in excellent agreement and we are the first solar scientists to confirm the existence of more than thirty predicted wave modes in a sunspot. “

Professor Viktor Fedun from the Department of Automatic Control and Systems Engineering at the University of Sheffield and also a member of the Plasma Dynamics Group, added: “What we have discovered through this research is that the frequency power spectrum of the rich variety of magneto-acoustic oscillations inside the sunspot has a completely different character from the spectrum of global acoustic oscillations. of the Sun. In fact, the structure of the sunspot frequency spectrum has a much more complex nature, creating new and difficult questions for solar researchers to answer.

“Our findings also have important implications for astrophysicists who interpret the frequency-power spectra of stars much more magnetically active than the Sun using purely acoustic models.

“We demonstrated, using the Sun as a star, that in such cases the Doppler signal could be strongly influenced by the presence of large star spots, which can be hundreds of times larger than sunspots. Since precise astroseismology is also essential for determining the size of exoplanets, our results will certainly have an impact on other major areas of astrophysical research outside of solar science.

The study, Large-scale coherent magnetohydrodynamic oscillations in a sunspot, was published in Nature Communications. Read the newspaper.

The industrialization of construction presents challenges for management