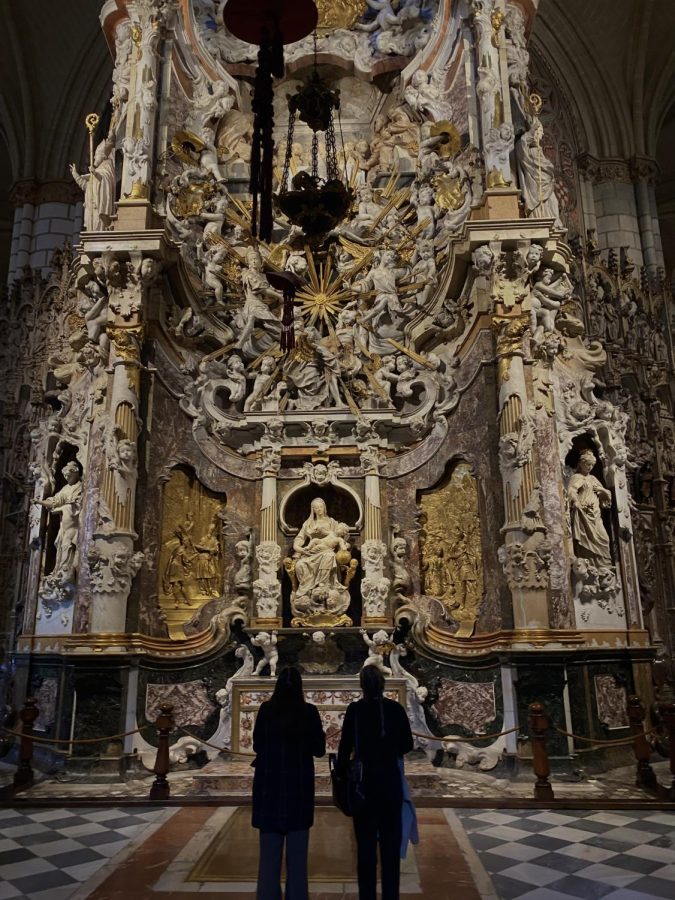 Across the Pond – The Spectator

Note: “Across the Pond” is a column in which freelance writer Grace Schutte will write about her study abroad experience in Valladolid, Spain.

At UW-Eau Claire, there are requirements for students studying a language – to study abroad is one of them, and as a Spanish student I have to go abroad for a semester.

Well, damn it. Twist my arm.

But, in all sincerity, immersion is the best course of action for language acquisition. For example, I have been studying Spanish for eight years in a traditional classroom and I have progressed at a snail’s pace.

I felt like a little frog sitting on a lily pad, a language-learning lily pad, oblivious to my surroundings and the world beyond my little pond.

But then I physically crossed the pond – literally – and soon found myself standing in the Valladolid train station, tired and slightly delirious, but speaking Spanish with my foster dad and a group of his friends.

The first week, I felt like I was getting better every day. I was stressed, overwhelmed and sweaty most of the time, but I was communicating. It was as if a door opened in my mind.

Concepts and vocabulary that I thought I had forgotten moved from the dark background to my little frog brain and mouth. As if I knew what I was talking about.

However, what happens must happen, and by the second week I felt like I was slowing down in my progress in Spanish and declining in English as well. This is the case when it comes to languages: one cannot improve without the other atrophying, if only a little.

It didn’t help that the only speaking practice I got was at school and at dinner with my family. On all other occasions I used English with friends here and in the United States.

With all the English media I still consumed, I sometimes forgot I was in Europe.

To combat this, my friends and I, along with the rest of the program, downloaded Tinder and badoo, the two most popular dating apps in Spain, with the aim of meeting and talking with Spaniards. This strategy has proven to be one of the best opportunities to practice Spanish.

I wish I could say I was lying, but it’s true.

The main downside to this – and this plan has many flaws – is that most Spaniards also speak English and want to practice their second language as well.

For example, I went on a two and a half hour coffee date my third week here, and the guy talked about the Spanish military the whole time – all in English.

After just over a month of stay, I can safely say that physically being in a country that speaks your target language is incredibly advantageous. That being said, you still need to research and work for this acquisition.

Part of me hoped that I would understand the past tense as soon as I crossed the border. Unfortunately, that’s not how it works.

Living in a country that doesn’t speak your native language is intimidating. There are good days and bad days, times when I befriend the waiter and times when the interaction goes so badly that I want nothing more than to drop my lily pad and disappear a moment.

But, with practice, patience and a positive attitude, you can learn to appreciate the art of language and communication like never before.

Schutte can be reached at [email protected].