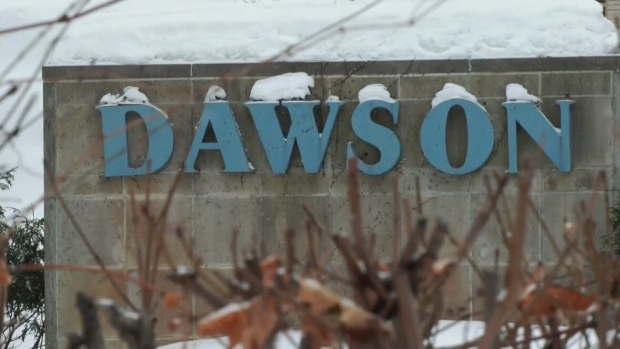 MONTREAL – The children of Quebec were at the heart of a heated exchange on Thursday over language laws – in particular, English-speaking children and whether they really leave school with functional French.

â€œAnglophone schools are capable of preparing students to live in French, to integrate into Francophone society,â€ said Russell Copeman, director of the Association des commissions scolaire anglophones du QuÃ©bec (ACSAQ) during his testimony on the language bill 96.

This is not what the head of the association of colleges in the province says, retorted Justice Minister Simon Jolin-Barrette.

â€œMr. Tremblay said that English-speaking CEGEP students are not functional in French,â€ he said.

The man he was talking about, Bernard Tremblay, is the president of the FÃ©dÃ©ration des cÃ©geps.

The province’s Anglophone CEGEPs, secondary schools and elementary schools have not done a good enough job preparing their students to live and work in French, Jolin-Barrette insisted.

This is one of the reasons why it is important for the province to crack down on education now with Bill 96, he added.

Some of the more controversial measures in the new law relate to education rights for Anglophones, in particular the proposal to create a hard cap on places in Anglophone CEGEPs.

The subject has dominated audiences so far. Wednesday’s testimony included an architect of the original Bill 101, Guy Rocher, saying the government of the day made a â€œmistakeâ€ on CEGEPs.

This should have forced immigrants and allophones to assist them in French, rather than having a choice, Rocher said.

On Thursday, Copeman was asked to respond to Anglophones’ lack of fluency in French after going through the English education system, by following French immersion or French as a second language.

He said he didn’t believe the French shortcomings were serious.

“The Government of Quebec recognizes that students who obtain a high school diploma in Quebec have a good knowledge of French,” he said.

His three children, who studied at the English Montreal School Board (EMSB), have â€œnot perfectâ€ French, but still excellent, he said.

– Very good, replied Jolin-Barrette, but basically there is a problem.

He asked for Copeman’s thoughts on a political dusting off earlier this month, when the EMSB included a clause denying the existence of Quebec nationality in a motion opposing Bill 96.

The incident inspired Quebec Premier FranÃ§ois Legault to call the EMSB a â€œradical groupâ€ and Montreal mayoral candidate Denis Coderre to remove EMSB president Joe Ortona from his list of candidates for the next election. .

Ortona and the EMSB immediately recognized that the inclusion of the clause was a mistake and withdrew it.

On Thursday, Jolin-Barrette said the incident was “deplorable” and said he was “curious” about Copeman’s opinion.

“I think the same as [Ortona]”Copeman said.” It was misguided. ”

He said the clause had been removed and that “for me that is the end of the story”.

“Reasonably good” jobs in September begin the Fed’s slowdown. Does another misfire happen?