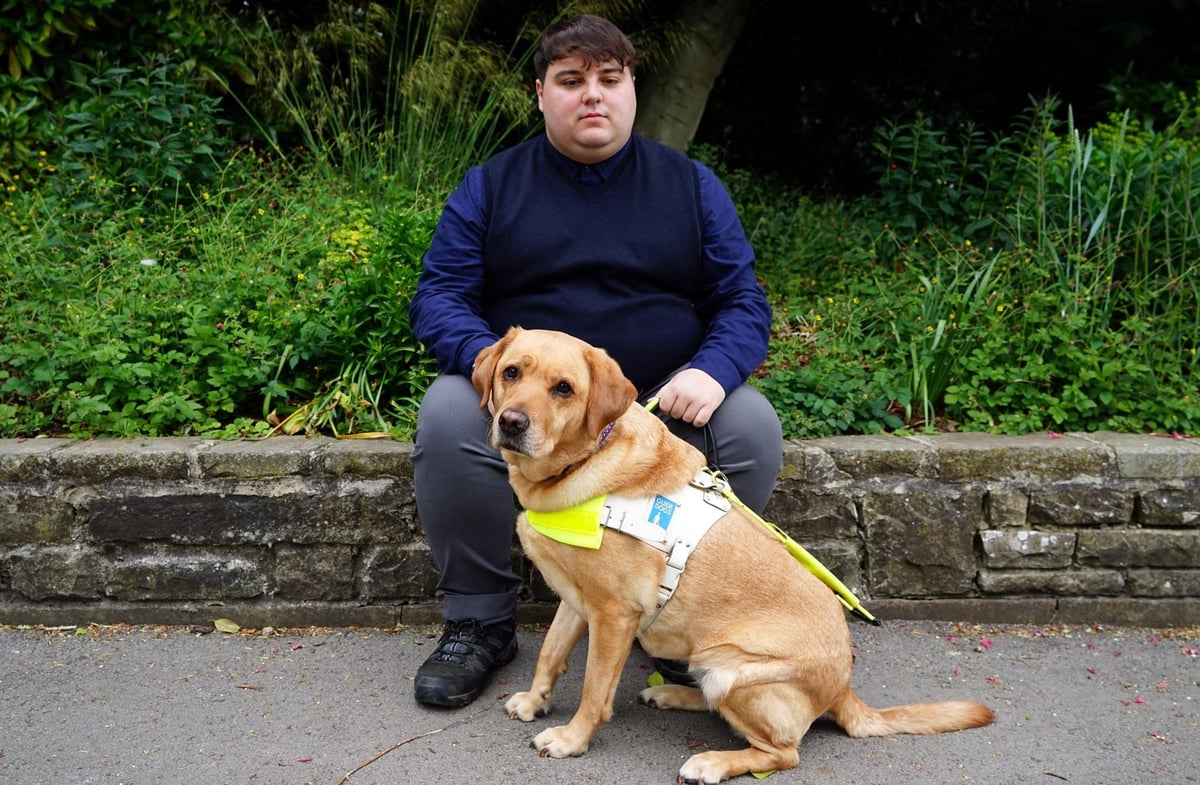 Daniel Birch, 24, says he feels ‘left in limbo’ after a court dropped its action for damages against City Taxis of Chesterfield following two incidents when the same driver turned him away .

On both occasions the driver, who suffers from asthma, said he was exempt from transporting dogs, despite not having an exemption certificate as required by law.

The Equality Act states that drivers have a legal obligation to carry guide dogs with their owners unless they have obtained an exemption certificate.

Register to our daily newsletter

Computer technician Daniel was on his way to a hospital appointment when the driver arrived at his house saying “I don’t take dogs, I have asthma”.

While complaining to the company, Daniel learned that the driver had a doctor’s note and that he should complain to the council – which he eventually did after the same driver again denied him a lift with Labrador Nancy a second time.

When Daniel, who has retinal dystrophy, complained to Chesterfield Borough Council’s licensing department, he was told it was the taxi company’s job to train their drivers on disability issues.

However, as the driver had applied for an exemption certificate after his run-ins with Daniel, no action would be taken against him.

Daniel said: “If you ask any guide dog owner they will all tell you they have been through this but I have to say I have never experienced this so badly as in my hometown, Chesterfield.

“It’s disheartening to me that my own hometown is where I experience this the most.”

Daniel then brought a civil action for damages against City Taxis.

However, his case had been “set aside” by the court due to “multiple issues” in the service of the case.

He said: “For me it was never about the money – the biggest thing I wanted was for city taxis to be accountable for their actions.”

City Taxis spokesman Russ Wilkinson described Daniel’s claim as “completely false and highly insulting to what we stand for as a business”.

Mr Wilkinson added that the affected driver was at risk not only of an asthma attack but also “life-threatening chronic allergic reactions”.

He said this had been verified by medical professionals as well as Chesterfield Borough Council – who then provided a certificate of exemption.

The spokesperson added: “It is clear that the driver’s refusal to carry the passenger had absolutely nothing to do with discrimination and that was clear from the outset.

“It is obviously neither safe nor practical for the driver of a taxi to transport passengers with dogs if it may affect his driving and put his life and that of his passengers in danger.”

He added that Daniel had continued to use City Taxis since the start of the legal proceedings – 34 times in total.

“The above clearly demonstrates that we have done nothing but provide him with service in good faith and his allegation that we are discriminating against him anyway is completely false and very insulting to what we stand for as a ‘company,” Mr. Wilkinson said.

“The fact that Mr. Birch’s legal claim for damages was unsuccessful does not change the fact that his claims were totally invalid and without merit.”

Chesterfield Borough Council and the Law Center were both approached for comment but were unable to discuss Daniel’s case.