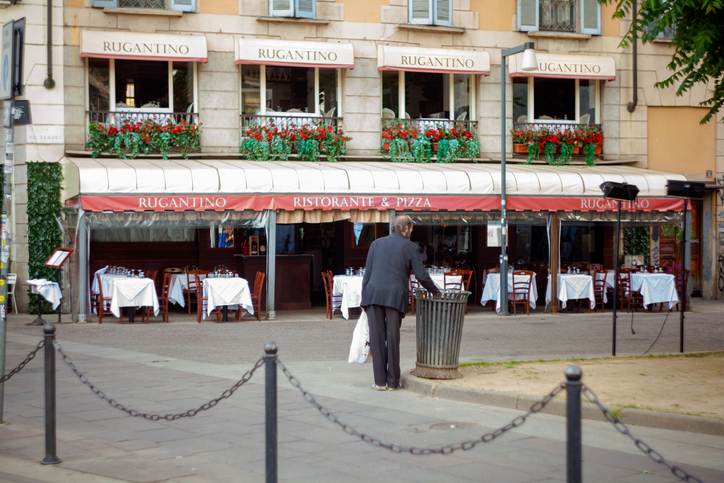 A long campaign by foreign academic staff in Italy to obtain equal pay and conditions with their local counterparts received an unexpected boost after the European Commission ordered an end to this “discrimination”.

In a forcefully drafted formal notice, the committee informed Italy that its treatment of a group of foreign professors, known as the lettori, broke the rules on the free movement of workers in the European Union and demanded immediate action.

The opinion, which will lead to legal action if no action is taken, has been hailed as a breakthrough in a decades-long campaign by foreign language teaching assistants at Italian universities who say they have been underpaid for years due to lack of equal employment status.

The dispute dates back to 1980 when Italy passed a law granting tenure to Italian nationals teaching in universities while giving lettori annual contracts renewable for five years. This was successfully challenged in Italian courts and the European Court of Justice during the 1990s and early 2000s as discrimination based on nationality, but no action was ultimately taken against Italy.

Any possibility of reparation seemed definitively blocked by the Gelmini law – named after Mariastella Gelmini, former Minister of Higher Education – which entered into force in 2011 and specifically “extinguished” the ongoing prosecutions pursued by the lettori.

Subsequently, many lettori complained that their pay had been cut by up to 60 percent, prompting then British Prime Minister David Cameron to raise their plight with the Italian government.

However, the European Commission had now demanded action from Italy after concluding that a key condition of a 2004 law – that Italian universities sign a collective agreement to guarantee foreign teachers at least the status of researcher on time. partial, and grant them reimbursements for lost wages – which was the basis of its 2007 decision to close the case against Italy, was not respected.

This could mean that around 500 foreign nationals – many of whom are now retired or close to retirement – could receive tens of millions of euros in wage arrears, as well as higher wages in the future.

The surprise intervention is believed to be linked to the EU’s decision to funnel at least € 15 billion (£ 12.9 billion) into Italian universities over the next five years as part of its plan € 807 billion Next Generation stimulus fund linked to Covid, which lists education and research among its key missions.

“Italian universities are very generously funded by the EU, which has made it clear that they must commit to what they have promised to do,” said Henry Rodgers, an Irish national who moved to Italy in 1988 and teaches English at Sapienza University in Rome. Times Higher Education, adding that Italy “cannot have it both ways – by accepting the benefits of EU membership but being so lax about its responsibilities”.

“As a direct result of this discriminatory treatment, many retired professors are now living at a level that places them below the poverty line,” said Professor Rodgers.

“This decision should put an end to the endless waffle and respect those who have come to Italy to teach the language and culture. Our file has not been successful for 10 years, but I hope to be able to work at least a year before retiring under conditions of parity with my Italian colleagues.