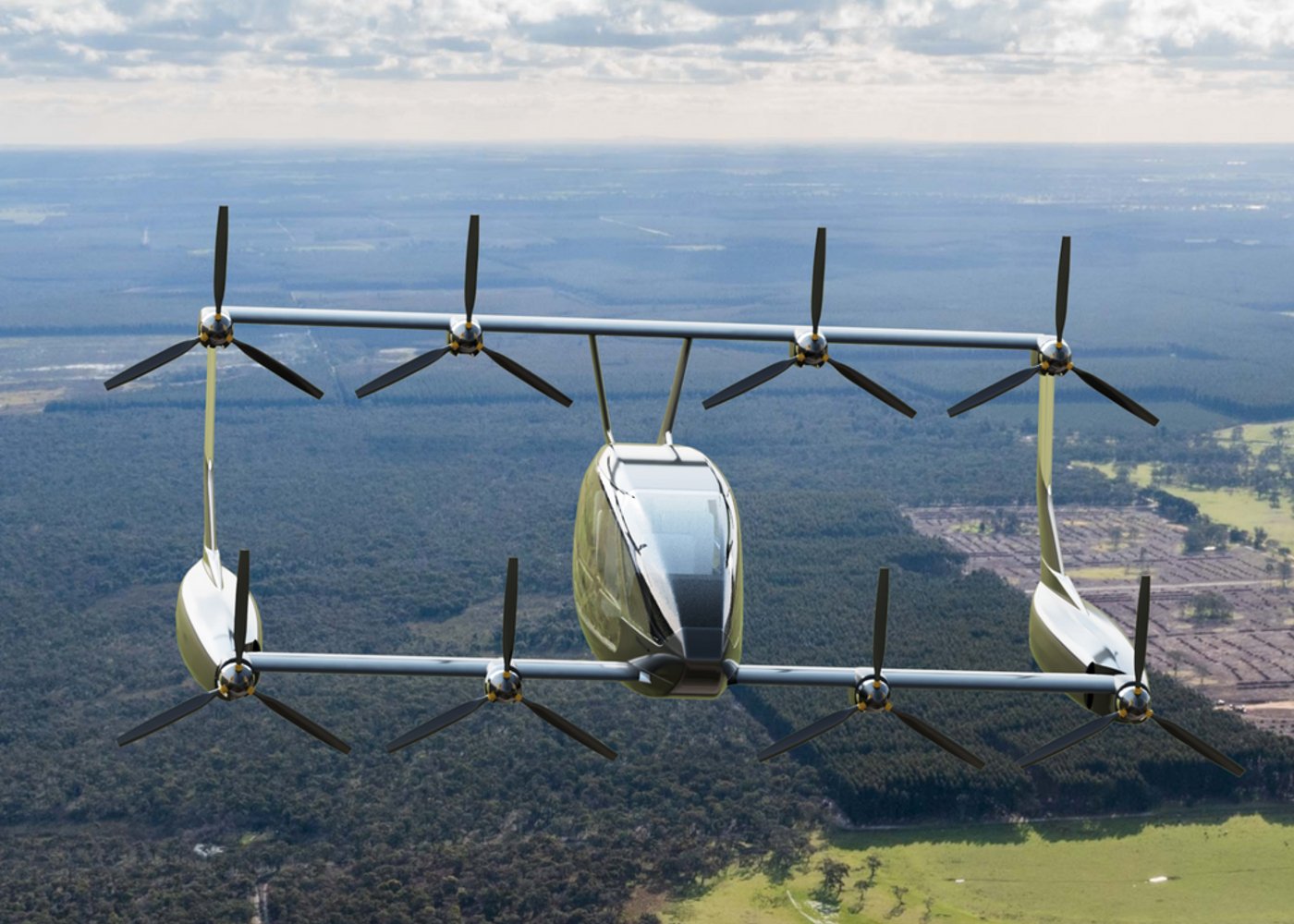 Building the right environment for AAM and eVTOL operations in Australia

Australia could be at the forefront of Advanced Air Mobility (AAM) developments, but must act now to address ecosystem challenges. That’s what delegates heard at the Australian Association for Unmanned Systems (AAUS) AAM Summit, held in Melbourne, Australia, late last month.

“We [Australia] have everything we need,” said Reece Clothier, president of AAUS and senior director of global regulatory strategy for product and service safety at Boeing. “We have the momentum and we have the political intent…we have early user cases that will be appreciated by the public. We have the people, the expertise, the culture and the capabilities, and I think we have the opportunity.

“The danger for Australia is that the industry will start in other cities and the demand for planes will be such that we won’t even be able to get our hands on planes,” he said. “That’s why it’s important for us to be the first to act and attract OEMs as soon as possible. »

Eve Air Mobility sees potential in Australia, but Rob Weaver, Eve’s global head of regulation and public policy, warns the country needs to capitalize on its early work to address AAM integration issues. Otherwise, it will miss the first aircraft deliveries and operations.

Weaver highlighted the first concept of operational work conducted by air navigation services provider Airservices Australia with Embraer for the urban air mobility (UAM) market in 2020, which has been picked up by regulators around the world.

In the Asia-Pacific region, Japan and Korea both have very bold AAM ambitions and are moving rapidly in terms of government positioning and policy statements, he said.

“I think Australia is unique in that they solve really tough problems early on, but they don’t really benefit from it,” he says.

Eve has letters of intent with several Australian companies – Aviair, Helispirit, Microflite, Nautilus Aviation and Sydney Sea Plane – for up to 150 aircraft, but countries elsewhere in the region have potentially much larger markets.

Australia has the right conditions to be a frontrunner, but some of the region’s other markets are huge, Weaver said, citing China, India, Japan and Korea, followed by third countries such as Indonesia. . Manufacturers would prioritize these countries due to the size of the market.

“We have to have planes first and early. Otherwise, we are going to be quite far down the list,” he warned.

The case of AAM

While the market for AAM in the region is much smaller than some of its neighbours, the case for AAM in Australia is very strong, delegates heard. The country has the right conditions for rapid adoption, Clothier said, pointing to early societal benefits, low-density airspace and a low population, which would allow the benefits to be explored with minimal exposure. Australia is also a technically advanced nation, and short-term business cases will be viable, he said.

The vehicle technology itself is the “lowest risk element,” according to Clothier. “We need to look at the challenge of ecosystem integration.”

Highlighting all aspects of the ecosystem, from vehicle and airspace integration to infrastructure and community acceptance, the latter is crucial and the “biggest potential handbrake”, said he declared.

AAM has the potential to be a billion Australian dollar industry in Australia, according to Natasha Santha, transport, new mobility and energy partner at LEK Consulting. Australia has a strong business and economic case for AAM, including road infrastructure reaching capacity in some parts of the country, rapid population growth and the need for improved connectivity for passengers and freight, a Santha said.

“We have the opportunity to revolutionize transport and connect communities like never before,” he said, agreeing that engaging with communities and building social license will be key to success, as well as resolving regulatory issues.

Australia was a leader in drone development and regulation and needs to recapture that lead in policy and regulatory development for AAM, suggested Jack Kormas, managing director of Textron Systems Australia, who has closely 30 years of experience in unmanned aerial systems, including at Aerosonde. , which is now part of Textron.

The right environment for AAM

It also has a business environment, with Wisk recognizing a number of business cases, including connecting regional communities with medical and educational resources. Wisk recently showcased its fifth-generation autonomous eVTOL aircraft in Brisbane CBD as part of its community engagement activities in preparation for the launch of operations at the 2032 Brisbane Olympic and Paralympic Games.

Australia has a distinct AAM advantage, according to MacGowan, highlighting early engagement with the country’s regulators and support for operational testing and demonstrations, as well as long-term sustainability for an AAM business.

Australia is the right size to launch AAM operations and could outpace the rest of the world if it acts now, suggested Michael Dyment, managing partner at US investment bank NEXA Capital Partners. NEXA has studied the UAM ecosystem and its potential long-term profitability in more than 80 global cities, including Sydney and Melbourne, both of which present “very attractive opportunities”.

Potential revenue from AAM in Greater Sydney and its suburbs from 2022 to 2045 is estimated at US$4 billion based on five use cases – on-demand air taxi, airport shuttles, regional air mobility, evacuation health and business aviation – and a return on investment of 3.14. For Greater Melbourne and its suburbs of Victoria, the numbers are even bigger: US$5.2 billion for the five use cases between 2022 and 2045, with an ROI of 3.6.

One Australian state government that has recognized the potential of AAM and plans to be at the forefront of developments is Victoria.

“The use of AAM in Victoria has the potential to revolutionize logistics, service delivery, emergency services, regional connectivity and passengers [transport]said Tim Pallas, MP, Minister of Economic Development and State Treasurer of Victoria.

Victoria aims to be “a global center for research, development and testing of AAM technologies”, as well as a leading regulatory innovation to enable the implementation of vertiports and infrastructure. Victoria also seeks to be an early adopter of AAM by establishing a regulatory environment that supports it, as well as testing and trials.

“That’s exactly the message we need to send to the international community – that Australia is open to AAM investment,” said Sara Hales, director of Australia’s AAM collaboration platform Greenbird. “It’s an incredibly positive step in the right direction, but we need similar moves from others. [Australian] states.”

One of Australia’s advantages is a forward-thinking, collaborative and engaged regulator in the form of the Civil Aviation Safety Authority (CASA), delegates agreed. MacGowan acknowledged that Wisk “wouldn’t be there [in Australia] if it wasn’t for CASA.

Following the release of its Strategic Regulatory Roadmap for AAM and Remotely Piloted Aircraft Systems (RPAS) in July, CASA is currently developing implementation plans. A regulatory sandbox will allow it to test products and concepts, with a small-scale piloted AAM operational demonstration planned in a regional or urban setting to collect data to guide regulatory development.

In addition to working closely with AAM stakeholders, CASA works with Airservices Australia and cooperates with regulatory authorities in the US, UK, Europe and New Zealand to ensure that AAM regulations are aligned, which could potentially attract AAM operators and investment.

Meanwhile, CASA’s dedicated vertiport team is expected to release draft advisory design standards for discussion in the near future.

CASA is also working closely with Australian eVTOL designer and developer AMSL Aero on its Vertiia eVTOL aircraft. AMSL is expected to launch its full-scale prototype flight test program at the end of this year in “regional Australia”, according to co-founder and CEO Andrew Moore.

Unlike other eVTOLs, Vertiia was specifically developed for Australia with long range capability. The plane will have a range of 250 kilometers (155 miles), and a later hydrogen-powered version will offer a range of 1,000 km (621 miles). Vertiia is designed to fly at initial speeds of 300 kilometers per hour (186 miles per hour).

The aircraft can be configured to carry five passengers or 500 kilograms (1,100 pounds) of cargo. It could also be configured for one patient and three crew members for aeromedical missions.

AMSL has “multiple contracts” with the Australian Department of Defence, as well as a development partnership with local aeromedical operator CareFlight.