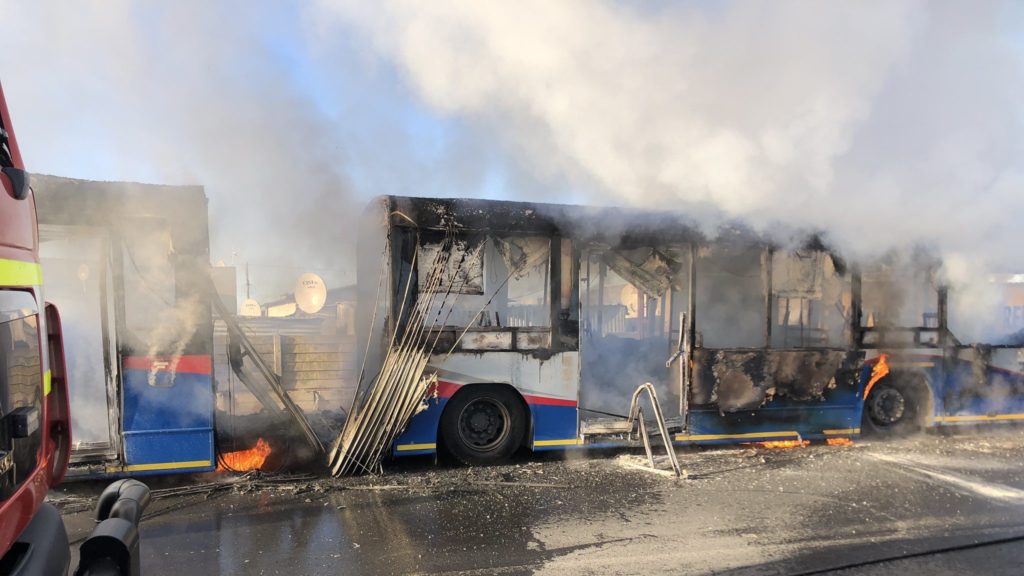 Images of passengers struggling to get out of a burning bus are also circulating on social media.

Eluxolweni Primary School is also believed to have been burnt down. Shootings were also reported in Khayelitsha and Nyanga.

According to Mayco member for safety and security, JP Smith, a Golden Arrow bus was hijacked, but members of the secret law enforcement unit were able to intercept the identified bus and arrest the hijacker. air.

“Additional LEAP officers have been deployed to buses operating on the transit lanes, with enforcement personnel monitoring transit interchanges,” he posted on Facebook. “The Ghost Squad, Taxi Ghost Squad, and Undercover Law Enforcement Unit patrol the routes and monitor the running buses.”

Smith added that if every citizen had the right to protest, it was the request of the taxi industry itself to launch the strike because of the enforcement actions taken against them, as well as the end of the Blue program. Provincial government dowry.

“The choice to undermine this constitutional freedom to protest by resorting to destruction, arson and attacks on competitors as well as the threat to the safety of commuters renders these acts criminal and must be condemned on all fronts,” he added.

“Our previous warnings will now translate into definitive action and increased enforcement will begin in the Khayelitsha region in response to the violent protest action experienced earlier.”

Although a little quieter than usual, the Golden Arrow and MyCiti bus terminals were mostly open at 9 a.m. today. Minibus taxis, on the other hand, were absent subscribers.