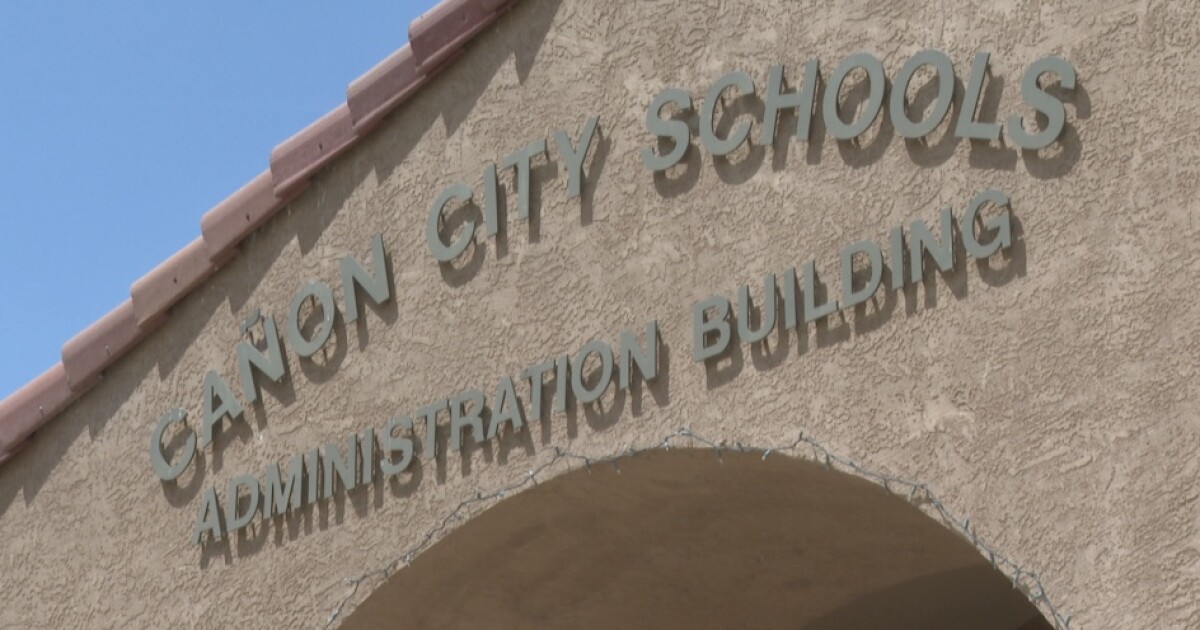 CANON CITY — A local school district is considering a policy that would allow transgender students to use their preferred name, pronoun, and facility in accordance with their gender identity.

Canon City Schools drafted the “Transgender Policy” last month to foster an environment free of stigma and discrimination for students and staff. It allows students to change their name, pronoun, dress, and participate in programs/activities/facilities consistent with their gender identity. Schools will advocate with the CHSAA for transgender and gender non-conforming students to be allowed to participate in interscholastic sports in a manner consistent with their gender identity as reflected in their school records.

The policy would apply to the entire school community (elementary, middle and high school), teachers, staff, students and any volunteer parents or guardians.

The district tells News 5 that the policy responds to community wishes as well as state and federal laws regarding bullying, harassment, privacy and discrimination. Specifically Title IX which prohibits discrimination on the basis of sex in any school or other educational program that receives federal government funding.

Shortly after the first reading at the Canon City School Board meeting (July 25), the district tabled the policy indefinitely. The decision comes after the district received an overwhelming response from parents both for and against the proposal. The district says this time will allow them to better educate the community about politics.

“I’m ecstatic. I knew I lived in a conservative town and I knew the district supported LGBTQ+ students, but to hear about a policy targeting trans kids, I knew I had to be at the school board meeting. Being at the meeting and getting the policy and reading it – I was like wow this is a lot more in depth than I thought I thought the policy was going to be just around pronouns and social transition and the name,” said Canon City Schools parent Sam.

Being non-binary, Sam thinks the policy could help transgender children in the district.

“Since the meeting, I’ve been a little scared to go out, to be with people because I see these people who are so angry at something that is me. If myself as an adult who has his own life and work, how do you think these kids feel when they don’t have any of these things. Maybe their families don’t accept and they could lose their home and their family. Maybe that they are often bullied because they have to be in their locker room kind. These situations create so many things in a child and in a person. You sit there with these mental health issues your whole life,” said Said Sam.

Other Canon City Schools parents, like Ginnie Chairez, feel the policy is too progressive, especially for their community.

“It doesn’t align with the beliefs and values ​​of this community. It really doesn’t represent this community very well, and I know there are a few who want to be considered. Considering them is very important for the vast majority of our entire community, we want to make sure people feel included and loved, however having a policy imposed on this community doesn’t fit the community, and that’s why there’s been a lot of backlash” , Chairez said.

She worries about the impact politics could have on her two young daughters.

“First of all, women’s sport, which is very important. I don’t want my daughters to be deprived of the experience of competing against other women with the same chromosomes. Men have a biological advantage over women , which is why it’s traditionally been separated before. Having separate private spaces is the biggest concern. There are already reports in the national news about a cheerleading camp where a transgender woman was in that camp. Some remarks have been made, and this person went wild with anger, and put this other female who was a biological female in a chokehold,” Chairez said.

“For me, having a freshman girl getting ready to start sports in high school, having a man in the locker room with her. Also, threatening her position or her ability to be on the team because Title IX gave for women of equal and gay rights to have their own sports separate from men. That concerns me for many reasons, because it was a struggle to get there, and now we are trying to take it down,” Koehn said.

She doesn’t understand the reason for the policy when the district amended the non-discrimination policy (June 30) to include proper language.

“Our neighbors in Florence, we checked with them and they have nothing on file. They say it was four words added to our policies, and it was done in June, so this policy is outside of our neighboring communities. We are the only ones doing this, and it’s concerning why this has been pushed in our community and why neighboring communities are not doing anything,” Koehn said.

“I feel like it’s a pretty complicated question that shouldn’t be rushed. There are some points about how this policy has come to the attention of the community that is concerning, and there are some points in the policy itself that are also concerning. From a legal standpoint, there remain open questions about what is going to be required of school districts as transgender people are added to Title XI protections,” Aaron said. Wolking.

One of his biggest concerns is the lack of guidance for educators and the school board regarding parental consent.

“This is a policy that impacts all grade levels. They have left the language very vague as to what will be required for parental consent and notification. We understand that the conversation may be different if you’re talking about a junior or senior in high school when it comes to how they want to be identified.As for kids in kindergarten, first or second grade, the policy left it open Best practices was the guiding principle in the policy document, and best practices according to policy experts is a very loose term that allows districts to do whatever they want,” Wolking said.

“Our policy identifies what is legally required, but also recommendations for what that looks like at the school level. We actually went so far as to look at other guidance documents in the state to see what what this means in terms of when we notify parents, how will we do this and how we discuss the risks and benefits We have tried to link some of these guidelines to the policy – being transparent about this is how we will support children and families,” said Adam Hartman, Superintendent of Canon City Schools.

The district encourages families to attend the next school board meeting on August 8 at 5:30 p.m. in the central administration building (101 N. 14th St.). They plan to extend the public comment time to two hours to welcome those interested in sharing their thoughts, concerns or questions. Those unable to attend can contact the superintendent or board members through the Canon City Schools website.