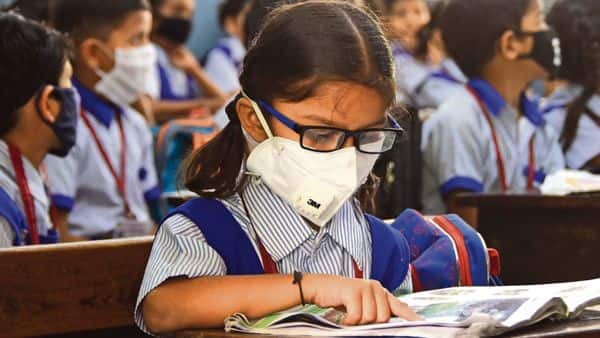 Center for mapping learning loss due to covid in 733 districts

The Union government is planning a nationwide survey to assess the learning loss due to prolonged school closures, before preparing solutions for the same.

The National Achievement Survey (NAS) will be one of the largest official school education assessment exercises in India and will include public and private schools for the first time, two officials from the Ministry of Education said.

The survey report will contain separate data for the national and district levels, giving a clear view of the accumulation of unlearning, the damage caused and the expected time for recovery.

“The NAS will give us a concrete picture of learning loss during covid and help us better define the way forward. We have seen a few small investigations by private entities claiming a learning loss of around 60 %, but we have to get a fair idea through our own survey. Our exercise will be massive, will include around 4 million students and have samples from every district in the country, “said one of the two officials cited above. , who both spoke on condition of anonymity.

Pupils in classes III, V, VIII and X will be questioned simultaneously.

“The exercise is being carried out by the Central Council for Secondary Education (CBSE) and the National Council for Educational Research and Training (NCERT). The evaluation takes place in the second week of November, and we hope to have the result in four to six months, ”the official said, adding that once the results are ready it would help formulate national policies, state and district specific. to correct it.

Schools were closed in mid-March 2020 just before the nationwide lockdown to curb the spread of the coronavirus pandemic.

Although schools were quickly brought online, the lack of access to electronic gadgets and good internet connectivity has had an impact on the quality of education, especially in rural areas of India.

“Instrument development, testing, finalization of test items, sampling of schools, etc. will be done by NCERT. However, the actual administration of the test in the sampled schools will be carried out by the CBSE. NAS 2021 will cover the entire spectrum of schools i.e. public schools (central and state government), government funded schools and private schools across the country. It is expected that nearly 123,000 schools and 38 lakh students in 733 districts in 36 states and union territories will be covered by the 2021 NAS test, ”according to an official document reviewed by mint.

A spokesperson for the Ministry of Education declined to comment.

Granted, the exercise was last held as a competency-based test in 2017.

* Thank you for subscribing to our newsletter.