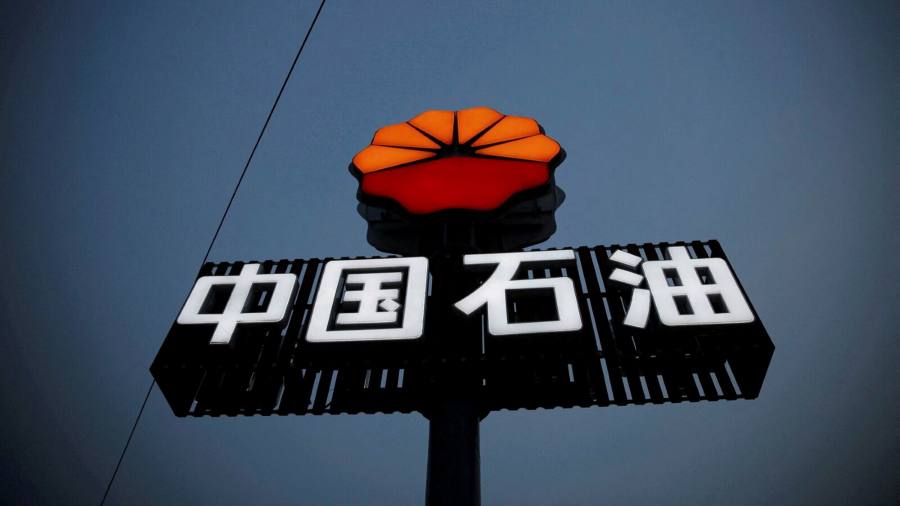 Five Chinese state-owned companies have announced plans to voluntarily withdraw from Wall Street before the United States forces them out in 2024 over an audit dispute, marking an escalation in financial decoupling of the world’s two largest economies. .

Announcements from state groups including PetroChina, Asia’s largest oil and gas producer, and China Life Insurance Company, one of the country’s largest state insurers, come as Beijing and Washington struggle to reach an agreement that would end the delisting of approximately 200 United States. -listed Chinese companies worth more than $1 billion.

Other state-owned companies that on Friday announced plans to delist from the New York Stock Exchange include Aluminum Corporation of China, the country’s largest aluminum producer, China Petroleum & Chemical Corp, or Sinopec, and petrochemical subsidiary from Sinopec.

The listings have a combined market capitalization of more than $318 billion, although analysts said most trading in the companies’ shares has already taken place in Hong Kong or mainland China.

“This is a tactical and political decision,” said Dickie Wong, head of research at Kingston Securities in Hong Kong. Wong said other Chinese state-owned companies were likely to drop from the list as tensions between Washington and Beijing escalate.

“But for private companies like Alibaba, we’ll have to wait and see,” he added.

The United States has required Chinese companies and auditors to make their financial audits available for inspection every three years by the Public Company Accounting and Oversight Board, the audit watchdog, or face a ban on trading their securities listed in the United States.

In a statement released immediately after the delisting announcements, China’s Securities Regulatory Commission said the companies in question had “strictly adhered to U.S. capital market rules and regulatory requirements since listing in the country, and delisting choices were made on their own. commercial considerations.

Beijing has generally resisted allowing Chinese companies to provide data to foreign regulators on national security grounds, but has made some concessions on its data privacy rules in an effort to prevent mass delisting. In April, it changed a decade-old rule that restricted foreign companies’ data-sharing practices.

The Financial Times reported in July that Chinese regulators were reviewing a system for categorizing companies based on the sensitivity of their data, which would lead to voluntary delistings.

Eugene Weng, a Shanghai-based lawyer at Wintell & Co which represents Chinese companies listed overseas, said the fact that the delisting announcements were made simultaneously meant the companies should have “received the blessing of senior regulators” in Beijing.

“It is reasonable that Chinese state-owned companies would want to reduce their overseas financial exposure, especially when faced with both tighter enforcement of foreign corporate liability law and domestic restrictions on foreign companies. cross-border data transfers,” Weng said.

The PCAOB will issue a statement late next year on whether China has complied with its audit disclosure requirements. For the jurisdiction to be considered compliant, the regulator must have been able to inspect the audit records of one of its companies whose securities are traded in the United States.

A former senior official at the U.S. Securities and Exchange Commission said rhetoric from U.S. regulators on the audit issue had recently become “strident”.

“It’s the kind of language that suggests they know there’s no deal that’s going to be made with China and Hong Kong,” the former official said.