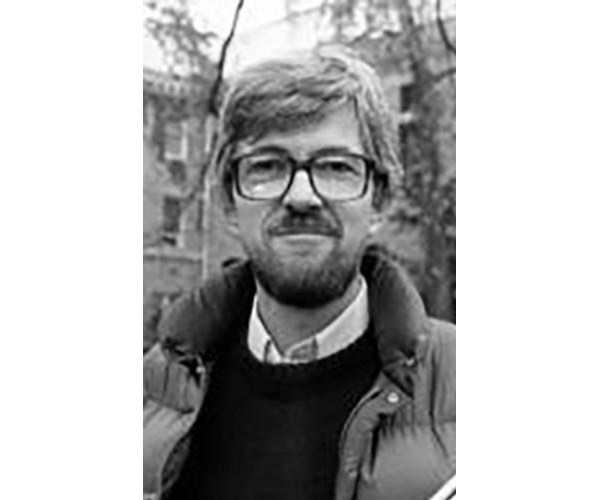 By Ralph S. Dillon Last updated Mar 19, 2022
Share
CLARKE WILLIAM GARRETT
Clarke William Garrett, accomplished scholar and author, distinguished professor of history, devoted husband, and beloved father and grandfather, died peacefully on March 2 in Santa Fe, New Mexico. He was 87 years old.
Clarke was born on February 26, 1935, to William Boyd Garrett and Margaret Clarke Garrett in Evanston, Illinois, a suburb of Chicago. He maintained his love of Chicago and “all of Chicago”, including persistent and frustrating support for the White Sox, throughout his career.
lifetime.
Clarke loved music and played woodwinds in school bands from an early age. He graduated at the top of his class from Palatine Township High School and attended Carleton College, where he majored in history and played clarinet in the school orchestra. Clarke graduated Phi Beta Kappa from Carleton in 1956. A year earlier, he had met Peggy Davenport, a beautiful, intelligent and vivacious woman, at a church picnic. The two stayed in touch through numerous letters written while Peggy was finishing college in Illinois and Clarke was beginning graduate school at the University of Wisconsin. They married in the summer of 1957, beginning a happy and fulfilling relationship.
marriage that will last 63 years.
Clarke taught history at the University of Wisconsin, while working on her master’s and doctorate. In 1961 he went on to teach at Wake Forest University. Then, in 1965, he joined the history department at Dickinson College. By this point the couple had three daughters, Amy, Susan and Margaret, and settled down with their young family in Carlisle, Pennsylvania.
Clarke had a long and distinguished career at Dickinson College, where he became Charles A. Dana Professor of History and was named Professor Emeritus upon his retirement. While at Dickinson, he served as chair of the history department, championed the freshman seminar program, and worked extensively with student research and special collections. He was the first history teacher to participate in Dickinson’s Bologna program, and in 1969 he and his family spent a year in Bologna while he taught at the university there. This year in Italy had a formative effect on the Garrett family, introducing them to Italian food and wine, which was the start of their own love of gourmet cooking.
Clarke also took advantage of being in Europe to research his first book on the French Revolution. The following year he took a sabbatical to write this book, and since Peggy was accepted to Northwestern University to complete her master’s degree, the family has spent that year in Illinois. Later, Peggy would also teach in the English department at Dickinson and serve as assistant dean there. Clarke retired from teaching in 1997, after 32 years with Dickinson. In 1998 the couple moved to Santa Fe, NM.
A highly regarded scholar, Garrett has published four books and several dozen articles with particular emphasis on the intersection of religion and politics in the 18th and 19th centuries. In a surprising twist, after his critically acclaimed Respectable Folly: Millenarians and the French Revolution in France and England on the French Revolution, he turned his attention and research back to United States history and wrote Origins of the Shakers, Spirit Possession and Popular Religion: From Camisards to Shakers and the Pursuit of Pleasure: Recreation in Cumberland County in the Nineteenth Century. In recent years, Professor Garrett had discovered a collection of Shaker letters that he was trying to get published. In 2019, Johns Hopkins Press released a reprint of its first book Respectable Folly in paperback.
Throughout her life, Clarke loved music and the arts. He played all kinds of woodwinds, from the clarinet to all kinds of recorders. While at Dickinson, after learning that the orchestra needed a bassoonist, he picked up the instrument and joined the orchestra. He also starred in a number of college productions. A dedicated singer who could sing bass and tenor parts, he sang in the St. John’s Episcopal Church Choir, Dickinson Collegium Musicum, and Cantata Carlisle. After moving to Santa Fe, Clarke sang with St. Bede’s Episcopal Choir and was a member of the Santa Fe Symphony Chorus. Clarke has been active as a volunteer with the Carlisle Theater Project, Central PA Youth Ballet and the Carlisle Community Concert Series. He enjoyed cooking and traveling with Peggy, dining with friends and family, bird watching and listening to opera. He remained a prolific reader to the end, willingly reading and discussing anything with anyone. He was not afraid to express his opinions! Clarke was fiercely devoted to his family and he will be greatly missed.
Clarke is predeceased by his wife Peggy and his brother John. He is survived by his brother, Tom, his daughters Amy, Susan and Margaret, their husbands, John, David and Bruce, and four grandchildren, Daniel, Isabel, Juliet and Katya, as well as many loving nieces and nephews. There will be a memorial service at St. Bede’s Episcopal Church in Santa Fe, NM on April 23, 2022. In lieu of flowers, the family asks that you consider making a donation in Clarke’s honor at your NPR station local.

“Set a goal and work like hell”: Afghan refugees graduate from FCPS in less than a year with college scholarships