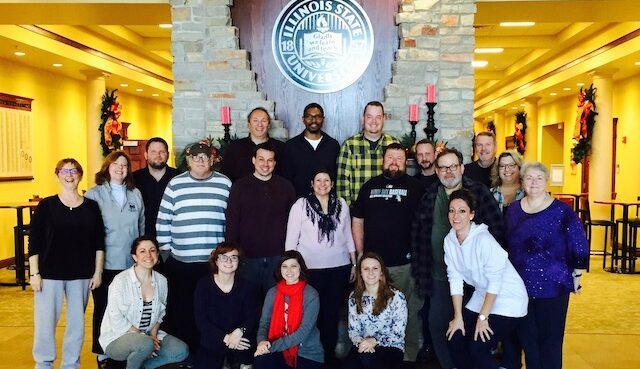 A peerless teacher and director for decades, she now promotes theater at all levels throughout the state.

Carmel De Stefano loved theater as a child, studied it at the undergraduate level and beyond, and taught and directed it for decades at the high school level. All of this has prepared her well for her current theatrical turn, as a leader since 2016 in the Illinois Theater Association. 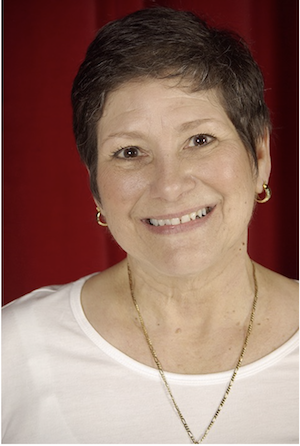 After immersing herself in theater throughout her youth and earning a Bachelor of Arts in Theater and Broadcasting in the East, the native of Niagara Falls, New York, decided to head to to the west. Arriving in Chicago in 1976 to attend the Goodman School of Drama, he was offered the opportunity to direct a play in a Catholic high school for girls. She was hired there and taught there for eight years, then became the head coach of theater at Reavis High School in Burbank for 26 years. There she taught, directed, and prepared students for the Illinois High School Association’s theatrical competitions, achieving a string of successes.

After De Stefano retired from the ranks of high school educators in 2016, she began the fourth act of her highly theatrical life. That same year, she became executive director of the Illinois High School Theater Festival, an annual celebration of theater with more than 4,000 students and teachers in attendance and participating. She then served as the second vice president of the festival’s sponsoring organization, the Illinois Theater Association, which works with high school, college, community and professional programs and companies across the State. The spotlight is now on her as ITA President.

Fra Noi: When did you first exhibit at the theater, and what was your reaction?

From Stefano: I think “Fiddler on the Roof” was the first show I saw. It was just the fact that you were transported to another world. You set there in this theater, and these actors became your friends, and they spoke to you.

Fra Noi: What did you like about the theater then? Has your love for the theater, or your relationship with it, changed over the years?

Fra Noi: Tell us about your Italian family.

From Stefano: My parents were my rock and my protector, and my mother was a sounding board. You could talk and she would listen, and she wouldn’t say anything. But later she would say one thing and put everything in perspective. I miss that.

My family was very Italian. We still practice some traditions, we get together before Christmas and bake cappelletti, and we still have a house full of people.

My father made sure when I graduated from SUNY (State University of New York) that I had a degree in theater and broadcasting, but he also made sure that I had a certification in teaching, which I thought I would never use. My dad wasn’t thrilled that I was going to the theater, but when he realized I was going to do it, he gave me the schedule for a show that his older brothers had been on, and my dad said that ‘he had helped. The family members were therefore interested in the theater.

When I said, “Daddy, I’m going to move,” he said, “You should stay home and marry a nice boy. When I moved to Chicago, they came to help me set up my studio. I said, “I don’t think I’m going to get married someday,” so he drove a car here and gave it to me and said, “Here, that was your wedding money.”

Fra Noi: How did you get to Chicago?

From Stefano: After my last year of university, I remember thinking that I should move somewhere else. There was no way my dad would let me move to New York. My sister had just married a guy from Chicago, and if there’s family there, that’s fine. I came here in 1976.

I asked a professor from SUNY, who had done Broadway shows and we really respected him, where to go in Chicago, and he said the Goodman School of Drama, and I auditioned and walked in.

Fra Noi: What were and what are your impressions of the Chicago theater scene compared to other places?

From Stefano: I was amazed. 1976-77 was the year Steppenwolf started performing. I swallowed it. I lived in the city in an apartment, even though my sister was in the suburbs. It was exciting. There were young people, and there was a theater in front of it. And it was very accessible to go to see shows. Most movie theaters are expensive now, even storefronts.

Fra Noi: What happened to Goodman and after?

From Stefano: At Goodman, I was finishing my second year and one of my teachers said to me: “Carm, you worked with high school kids. My cousin is the principal of a girls’ school and she needs a director for a show. So I did and loved it. It was the Academy of the Sacred Heart.

They made me the oldest student. I loved it. The only problem was that it didn’t pay a lot and I had to be a waitress at the same time.

Then I got a job at Reavis High School in Burbank, south of Midway Airport. I went from a girls’ school of 105 people to having 150 children in my classroom during the day in a more working-class setting.

We would do a comedy, a drama, a musical and a competitive play for the theater division of the Illinois High School Association. [The competition entry is] a 40-minute contest. You take him to a place to play and you have 15 minutes to put together your set.

Then we did group performance (another category in the IHSA theatrical competition), which is more like a reading theater.

Reavis, for a school that did not have a theater program, became a powerhouse for group competition and interpretation. With the group interp, I think I did 22, and 17 went down to the state. We won first place once.

Fra Noi: So you retired and took on another job?

After that, I joined the Illinois Theater Association board of directors. I ran for the second vice president. Now I am president. All board members are volunteer positions.

The Illinois Theater Association is focusing more on schools. But we have all the other categories: professional, theater for young audiences, community theater, etc.

Fra Noi: What advice would you give to someone who aspires to work in the theater?

From Stefano: My advice to students and parents who would panic about kids majoring in theater at university: I would tell them to let them do it. Dark. You can take a different path, but at least you’ve tried it. I meet so many people who wish they had tried.

I was able to do theater, but I was also able to make a fairly good living teaching.