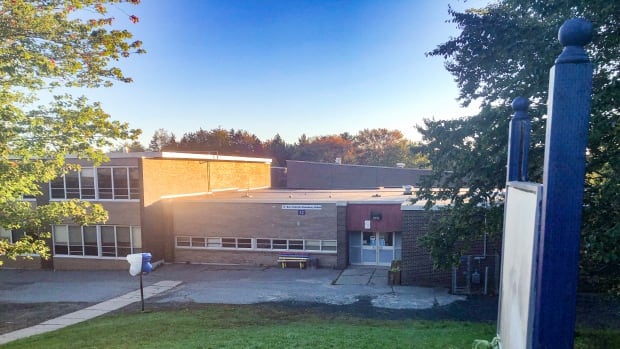 Duc d’Anville Elementary School in Halifax will be closed next week to contain the spread of COVID-19 within the school, the province said on Friday.

Strang told a press conference on Friday that officials called for the closure after finding 14 cases at the school, which is in the Clayton Park neighborhood of Halifax.

He said the outbreak was attributed to a single employee whose job it was to go through the school. He did not add more details for confidentiality reasons.

Strang said the week-long shutdown should give authorities time to get the virus under control, but he doesn’t expect this to end the threat entirely.

â€œWe can certainly expect that once the school reopens it is quite possible that we will have additional cases in the school,â€ he said. “That doesn’t mean this shutdown would have failed, it’s almost like the shutdown gives us the opportunity to reset and start over.”

Parents had pressured authorities for a closure for days.

Julia Zwicker’s four-year-old daughter Ava is in pre-primary at school.

She said principal Adam Griffin had wanted to close the school weeks ago for a deep clean, but nothing came of it.

Zwicker said she was glad they were closing it now, but didn’t want it to be closed for more than a week.

â€œI think it affects the social life of children when they are out of school,â€ she said.

Dave Kilgour has three children in school in years 1, 3 and 5.

“We think this is great news, we are a little shocked that it has taken so long,” he said.

“Duc is a very special school, we have a large Arabic population and we have seen that there has been a slower response to get translations into Arabic. [of public health information], and we have to fix it. “

Strang said officials are well aware of the cultural diversity surrounding the school.

â€œEverything we produce from Public Health has been translated into multiple languages,â€ he said.

â€œWe also certainly hear that even in families where we have translated documents into a different language, a primary language for that family, there are also literacy issues.

“So we are working right now with, between public health, the school, the Immigrant Settlement Association of Nova Scotia, to really make sure that we are able to reach these families in the right language and the right kind of language. ‘information and level of information. “

Strang said that when the school reopens on October 18, students and staff will be required to provide proof of a negative COVID-19 test. He said additional testing clinics will be set up next weekend in the region to facilitate the return to class.

Students will do home learning for the week.

COVID-19 vaccination clinics will also be set up in the community to encourage families to get vaccinated.

Concerns about the potential spread of the community to the Duke of Anville have recently been raised by parents and the teachers’ union.

Ignore Foreign Languages ​​at Your Peril |