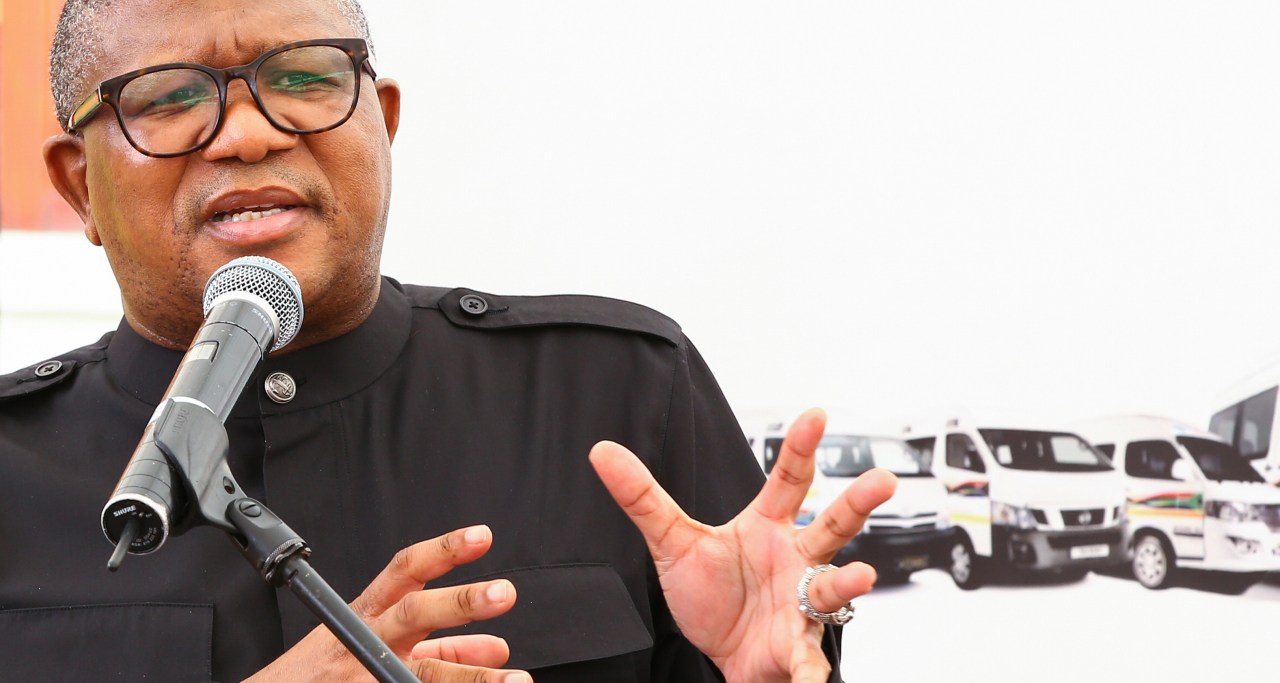 In a 2019 report, the Public Protector (PP) recommended that the ministry ensure that no Toyota van transformed into a minibus taxi can transport passengers and travel on the country’s roads.

When asked why this was undertaken almost three years after the PP’s 2019 report, Transport Ministry spokesman Lwaphesheya Khoza said the ministry started scrapping the vehicles in 2019.

A total of 436 vehicles underwent the retrofit process – “1,917 vehicles continued to operate illegally and chose not to accept the retrofit offer,” Khoza said.

To date, only 592 vehicles have been received for scrapping. Most operators, 1,325, did not comply. These vehicles will be confiscated.

The department said the Special Investigation Unit is investigating the illegal conversion of Toyota vans.

“The illegal reference to these vehicle conversions means there is no record to find the companies or individuals responsible for the conversions,” Khoza said.

In 2005, Toyota vans were illegally transformed into minibus taxis, a transformation that did not comply with the safety standards for vehicles carrying passengers.

In 2008, according to the Department of Transport, some unscrupulous entrepreneurs discovered that vans were much cheaper than legal taxis – because vans are meant to deliver packages or move small loads, they don’t need luxury fittings and upholstery.

The scrapping of panel vans follows widespread complaints that they were illegal, unsafe and contributed to accidents on the roads.

Following the outcry over vehicle safety, a formal complaint to the Public Protector by Hennie de Beer and a submission to the Competitions Council were also filed by the National Taxi Alliance (NTA).

“This was after we realized there were a number of crashes at the time and those crashes were the result of these vehicles because they weren’t professionally done,” said NTA spokesman Theo Malele.

On the other hand, De Beer argued that the vehicles were structurally flawed and did not meet government safety regulations, national standards and specification requirements.

De Beer added that while some buyers bought the cars unaware of the problem, others did so because it was a cheaper option. In an email to suspended Public Protector Busisiwe Mkhwebane after the report was published, De Beer wrote:

“The scam had the most devastating motive for the lives and livelihoods of taxi owners as well as victims of related taxi accidents. I am confident that for the first time since 2005, their dignity is on the about to be restored.

Mkhwebane found that the illegal conversion of vans contributed to fatal accidents across the country. She concluded that the vehicles were unsafe for passenger transport and that the department should scrap the vehicles and pay a scrapping allowance.

A total of 2,353 panel vans have been identified by the department as being illegally converted, and of the converted panel vans, 436 have been retrofitted and 1,917 will need to be scrapped.

In Parliament in November 2020, members questioned why the Department for Transport said it only knew of illegally converted taxis in 2009, as there was evidence the Department was aware of as early as 2005.

This statement is contained in a Official Journal of October 31, 2022 and signed by Transport Minister Fikile Mbalula on September 1, 2022.

Breakage compensation of R141,100 per taxi has been offered to operators.

But even as vehicle scrapping nears, some industry sectors are still unsure how the department will handle the process.

Panel vans are intended to carry goods and a maximum of three passengers.

“But…these vehicles were sold to unsuspecting taxi operators by unscrupulous retailers…in collusion with the banks, because you can’t buy these vehicles directly, you need bank financing,” Malele said. .

Khoza said: “We are requesting that temporary permits be issued for scrapping purposes to allow the scrapping process to take place seamlessly.

“…these vehicles were marked by the administration (flagged in the system to prevent individuals from transacting with the national administration’s traffic information system if they have outstanding arrest warrants) by the ministry to prevent them from operating as they were considered unsafe. Assuming they were parked, it is logical to assume that the technical control of these vehicles would be questionable.

“A technical inspection certificate is not a requirement for disposal.”

The transport department said the modification of vehicles from a motor vehicle manufacturer’s original specification was permitted under road traffic law – van conversions were outside the terms.

“Illegally converted Toyota vans are dangerous for passengers and motorists. Vans will not pass a rollover test by SABS. They are intended for the transport of goods and not passengers,” said Bobby Gage, founder and CEO of the National Motorist Association of South Africa.

“The vehicles were modified illegally and in an unsafe manner,” Khoza said.

The ministry said it became aware of the illegal conversions in 2009 and realized the scale of the problem following an investigation.

“After careful consideration of all possible solutions, it has been decided that an investigation be carried out into the possibility of a safe upgrade process to enable these vehicles to meet the strict TRP specifications,” said Khoza.

“The transport department has helped the taxi industry retrofit vehicles to ensure safety compliance for the benefit of passengers, but as the numbers indicate, the majority of operators have chosen not to retrofit their vehicles,” Khoza said. DM

Throwing soup on the issue: are radical climate protests helping or hurting the cause? | Activism