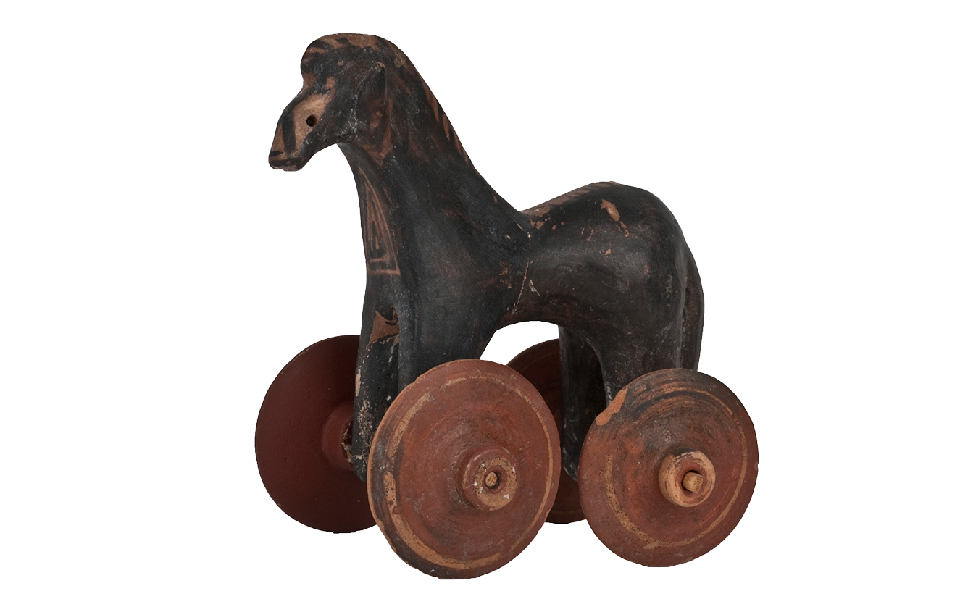 Exhibition celebrating horses in ancient Athens draws to a close

The exhibition “Hippos: the horse in ancient Athens” is a gift for all of us. Housed in the Gennadius Library of the American School of Classical Studies in Athens (ASCSA), the archaeological exhibit is one of aesthetics, precision, economy and unexpected twists. Since its opening in January, it has been widely praised by the passing public.

The idea of ​​organizing an exhibition on ancient society, religion, childhood, power, beauty, death and love, with the horse as a guide, “Hippos”, noble companion and comrade in arms of man for centuries, is in itself a source of inspiration and reflection. Curated by ASCSA Director Professor Jenifer Neils, “Hippos” includes more than 50 ancient artifacts, many of which are being shown to the public for the first time.

The exhibition, set up by Paraskevi Gerolymatou and Andreas Georgiadis of Mikri Arktos, comprises a series of paths and niches, lined with exquisite showcases which are aided by clear and well-defined texts. Each of the exhibits is a celebration of the passage of time, but in the library’s Macedonian Hall, in a niche in the Makrigiannis wing, an exquisite object awaits visitors.

The bronze bust (originally gilded) of a horse in the small atmospheric room comes from the National Archaeological Museum in Florence and was part of the collection of Lorenzo de’ Medici (1449-1492), whose tutor was the scholar Ioannis Argyropoulos (1415 -1487), key figure in the spread of Greek culture in the West.

This beautiful work of art, exhibited for the first time in Greece, revealed a remarkable secret in 2015. “During restoration work, three Greek letters (X, N, L) were found engraved on the right side of the neck of the horse, near the mane. This shows, without a doubt, that the statue is Greek and that it was cast in the 4th century BC”, as indicated during the presentation of the exhibition. These channels extraordinary encounters between the Greek and Italian worlds in the 15th century are one of the unexpected parameters of this exhibition, rich in references, stories and artefacts.

The Unprecedented Rise of Daniel Kinahan, From Early Crimes in Downtown Dublin to Dubai