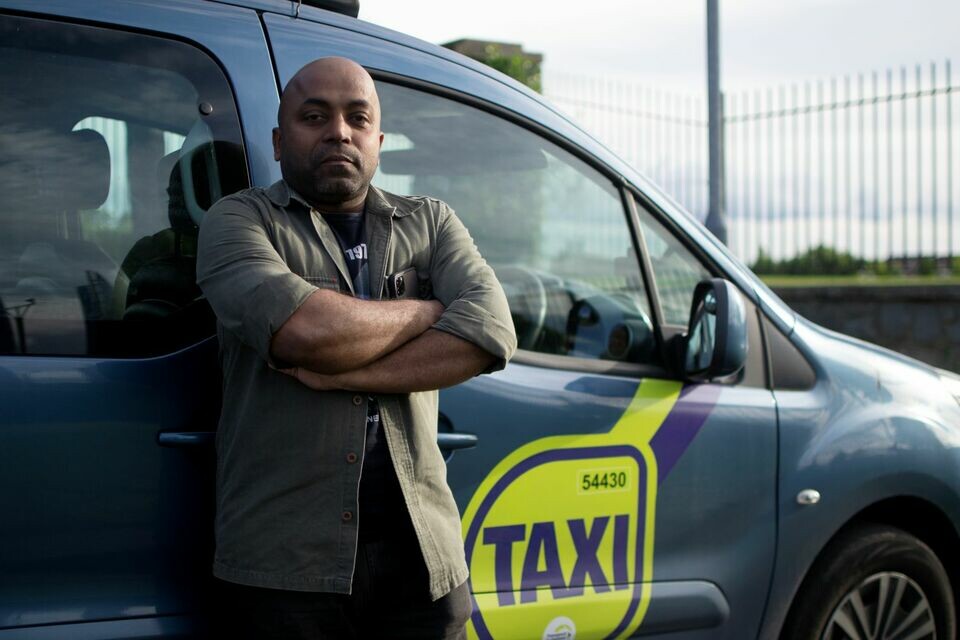 Mamun Salam cherishes the freedom of being a taxi driver.

“It’s a very independent job, it’s flexible, good money, you can manage it,” he said recently, sitting in a McDonald’s in Blanchardstown, holding a cappuccino.

Milton Hoque, another taxi driver and friend of Salam, said the work was convenient for immigrants who are new to the country and find it difficult to land other jobs, for reasons ranging from language barriers to discrimination.

Taxi drivers are their own bosses, so they don’t have to deal with hiring bias, Hoque said. But there are signs that it’s getting harder for immigrants to get taxi driver’s licenses.

In February 2020, An Garda Síochána stopped issuing taxi licenses to foreign drivers whose permits to live and work in Ireland were due to expire in the near future.

This was challenged in the High Court.

And on April 25, Judge Garrett Simons ruled that the Gardaí do not have the right to refuse people “on the sole ground that the immigration authorization was of a temporary nature”.

But his ruling said they could consider other factors like whether or not someone was of “good character,” and immigration background could be one of them.

the Taxi Regulation Act 2015 says a taxi license should be valid for five years.

But, previously, Gardaí had just granted shorter licenses, and people could renew when their new authorization arrived.

The decision to change that was made behind closed doors, immigration lawyer Cathal Malone said.

“There were no publications, no press releases,” says Malone, who recently represented the man who challenged the Commissioner of the Garda on such a refusal in the High Court.

In this case, the issue of good character also came into play.

The Justice Department initially found that Malone’s client’s marriage to an EU citizen was not genuine, Justice Simons said, although a review of that decision is still active.

The new decision allows the Garda Carriage Office to review the migration backgrounds of potential taxi drivers to judge their personas.

But the Taxi Regulation Act 2013 does not clearly define what good character means and whether immigration issues are part of it.

A spokesperson for the Gardaí said that in granting taxi licenses it assesses applicants’ “fitness” to hold one – which the law includes good character.

They do not have the number of permits issued to migrant drivers outside the European Economic Area (EEA), they said. It would take too long to compile, they said.

In the Gardaí affidavits at the High CourtMalone learned, he says, of her low-key policy change to exclude migrant drivers with precarious permits.

It was triggered by an increase in the number of migrant drivers applying for taxi licenses on temporary immigration permits, says Malone, who retrieved the Gardaí affidavit from his phone.

The Garda Carriage Office made the decision in conjunction with the Garda National Immigration Bureau (GNIB) and other state agencies, it says.

Without the recent decision, Gardaí would have continued to refuse applications from migrant drivers with temporary permits, even if they have the right to work, he says.

But recent green lights in power look at the migration history of potential drivers, disregarding their right to privacy, Malone says.

Salam, who got his permit in June 2019 before the policy change, says he is currently not allowed to drive his taxi because his temporary immigration permit has expired.

He is waiting for another to pass, he says.

Sometimes decisions in immigration cases aren’t final and end up being overturned, Malone says, so they’re not a definitive verdict on anyone’s character.

The Justice Department recently reversed its original ruling that its client’s marriage was a convenience.

“To this day, Mr. Rahman maintains that it was not a marriage of convenience and his ex-wife is very supportive of him in that regard,” Malone says.

Salam and Hoque, taxi drivers from Blanchardstown, say that even if someone married out of convenience, it doesn’t mean they are so bad tempered as to pose a threat to the public as a taxi driver. Taxi.

“Most marriages are of convenience,” Hoque said, smiling broadly. “If someone is getting married to get immigration papers, I don’t think they shouldn’t be able to drive a taxi.”

Salam says it can be difficult to navigate bureaucracy and secure long-term secure status, so he understands if someone marries an EU citizen out of desperation.

“I’ve lived in this country for 20 years, and I’m still waiting,” says Salam, who has only been undocumented for three years, not long enough to qualify for the new amnesty program.

Hoque says things like the reasons for marriages are too personal, and if migrants’ privacy can be scrutinized to such an extent, it’s unfair.

“It’s very, very personal. Why someone got married doesn’t mean they don’t have driving skills or have a bad temper,” he says.

For Hoque, as long as someone hasn’t harmed anyone or has a criminal conviction, that should be enough to drive a taxi, he says.

But guards are allowed to consider things like the Justice Department’s assessment of why someone is getting married, decisions that aren’t even final, Malone says, and the extent of the freedom to peruse applicants’ immigration records disturbs him.

Is it okay to send an Irish farmer’s whole story with the Department of Agriculture to the Garda Carriage Office ‘to see if there’s anything wrong there’ just because he asked a license to drive a taxi? Malone asks.

If that’s excessive, he says, then the taxi regulator shouldn’t be accessing anyone’s Justice Department immigration records either.

“The regulations currently in force do not impose any obligation, in the context of a request for [Small Public Service Vehicle] Driver’s License SPSV, for an applicant to provide information or documentation regarding their immigration status,” the recent judgment reads.

A Garda spokesman did not directly respond to questions about whether he was satisfied that his transport office’s access to taxi drivers’ immigration records was legally valid.

Applicants must declare their nationality and immigration status when applying for a license, they said.

“An Garda Síochána processes SPSV license applications in accordance with legislation and legal principles [sic]** ** due process and fair procedures,” the spokesperson said.

A spokesperson for the Data Protection Commissioner’s Office did not respond to a query sent on May 17 regarding the implications of the GDPR on the taxi licensing process for migrants.

Malone says the migrant records held by the Justice Department are much larger than the limited information the Gardaí GNIB unit has access to, so the process requires the department’s cooperation.

the Taxi Regulation Act 2013 envisions the National Transport Authority (NTA) as the body responsible for issuing taxi and hackney licenses, making the Gardaí a temporary regulator.

This has been highlighted in Justice Simons’ decision as well.

The Minister for Transport can issue a formal order transferring taxi and hackney regulatory powers to the NTA, but he has not done so.

An Garda Síochána is the licensing authority, a transportation ministry spokesperson said. “The Minister does not intend to change this by order at this time.” They didn’t say why.

Malone says that if the NTA were the licensing authority, it would be easier to debate the amount and type of data needed to determine the good character of migrant taxi drivers.

But guards are involved in immigration cases and therefore have easier access to immigration data, giving the process an air of legitimacy, he said.

“The only reason the guards have access to this information is because the guards accidentally get involved in immigration enforcement,” he said.

The Department of Justice has said it plans to phase out the GNIB of its immigration enforcement functions in line with strategies set out in Minister Helen McEntee’s recently released document. Justice Plan 2022.