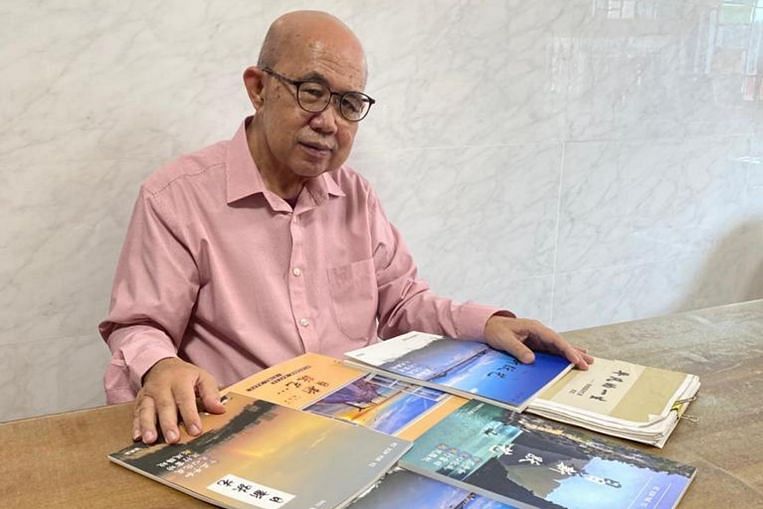 Grandfather who left school in 1968 to work to support family graduates of Singapore University of Social Sciences, Parenting & Education

SINGAPORE – Mr. Teo Jwee Chiang, 72, left school over 50 years ago to work and support his family.

But he nurtured a love for writing and the Chinese language, contributing hundreds of columns to Chinese-language daily Lianhe Zaobao between 2015 and 2018.

On Thursday, October 7, he will fulfill a long-held dream, obtaining a bachelor’s degree in Chinese language and literature from the University of Social Sciences of Singapore (SUSS).

Mr. Teo is one of more than 2,600 people who will graduate from SUSS at graduation ceremonies at the university from Tuesday, October 5 to October 12.

This bundle includes the first graduates of three programs: Bachelor of Laws, Enterprise Leadership for Transformation and Master of Management.

At the first ceremony on Tuesday, the Second Minister of Justice, Edwin Tong, delivered a guest of honor speech.

President Halimah Yacob – the patron saint of the university – was also present.

Mr. Tong, who is also Minister of Culture, Community and Youth, spoke about continuing to learn after graduation, increasing resilience and doing good.

He told the graduates, “It may be controversial, but I hope you fail at something.”

“I think it’s important to endure the heartbreaking disappointment of failure early in your life or career,” he added, noting that failure is part of future success.

He also asked graduates to pay it forward by helping those with less.

Mr Teo – who is the oldest graduate of this batch – also won the University’s Habit Award, awarded for his passion for lifelong learning.

He will receive $ 3,000 and a plaque. Mr Teo said he intended to use the money to contribute to society, creating a Chinese tuition fee website to help the less privileged.

The grandfather of four is working on two memoirs in Chinese entitled: An Ordinary Life: Memoir of Teo Jwee Chiang, and Essays by Jwee Chiang. The second book details his perspective on family, country, environment and other issues.

He told the Straits Times: “When I started this degree I was wondering if I would be able to finish it or not, because of my health or my energy, but I thought to myself: why not just give it a try? ?

“It doesn’t matter if you give up, completing it is a bonus,” said Mr. Teo, who worked in the housing and development sector after leaving his Chinese language school as a teenager in 1968.

He added that he got the degree not for certification, but as part of his long-standing interest in the language.

Yet despite his accomplishments, he’s still hungry for more.

He said: “Even now I still feel like my knowledge is not up to par.”