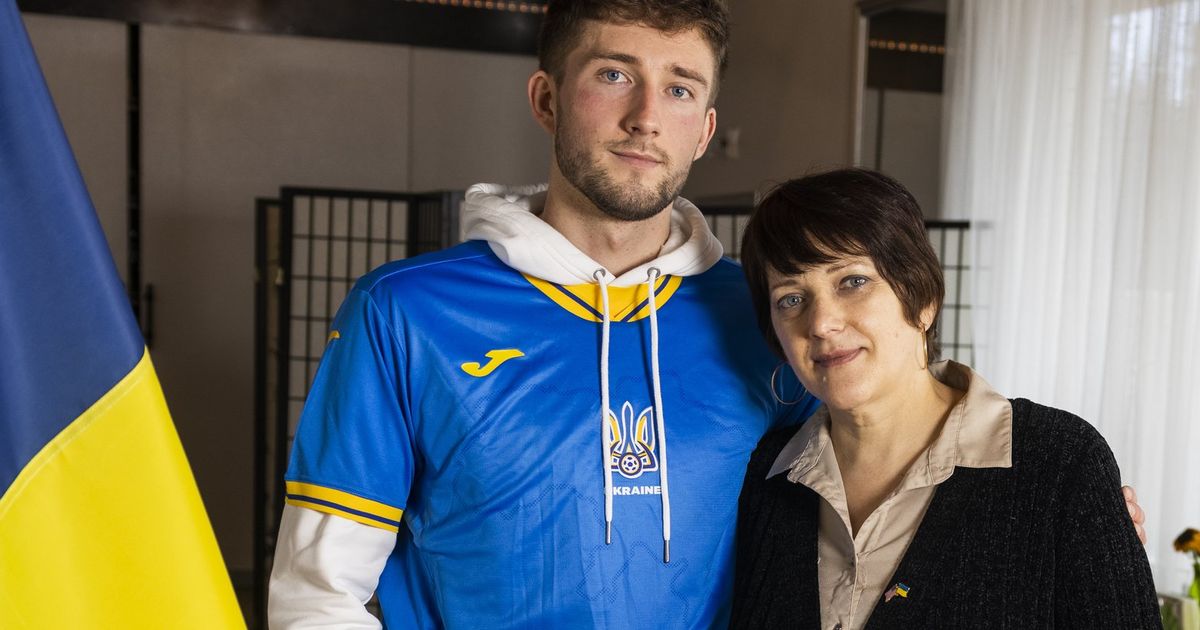 ‘It’s just terrifying to hear the news every day’: Ukrainians in Seattle fear for their homeland

On Friday, President Joe Biden said he was “convinced” that Russian President Vladimir Putin has decided to invade Ukraine and will target Kiev, the capital.

These are frightening times for the Ukrainian community in the Seattle area, as their home country watches the imminent possibility of Russian invasion and all-out war. Even after eight years of war and border skirmishes following Russia’s invasion of Crimea, this time is different. Sinister.

At European Foods, his small grocery store and restaurant in a mall on Aurora Avenue in North Seattle, Oksana Lozynska goes about his business. She fills the shelves and refrigerators with homemade jams, chocolates, cheeses, charcuterie and pelmenis. She serves borscht and cheesecake to lunch customers.

But every day she calls her mother, brother and other relatives in western Ukraine. They are as worried as she is. All the more so. His brother says he will volunteer for the army if there is an invasion and a war.

“It’s really stressful and everyone thinks the worst can happen,” said Lozynska, her son translating. “Everyone is worried about their family. Everyone goes to church to pray.

“It was frustrating and scary and it’s just terrifying to hear the news every day,” said her son, Grygoriy Lozynskyy. “We just talk every day, every night, call our family back home to see how they’re going to see what they see on their news.”

Lozynska’s store is Ukrainian, but mainly serves a clientele from Eastern Europe. Its customers are Ukrainian, Polish, Czech, Russian. Here, about 5,500 miles from the eastern Ukrainian border where up to 190,000 Russian troops are stationed worryingly, there is no hostility, no nationalism.

People come in, they ask Lozynska how she is. They sympathize. Apologize yourself.

A man, a Russian, came last week wearing a vishivanka, a traditional Ukrainian embroidered shirt. He brought a Ukrainian flag which now perches in the European Foods dining room.

“It was really cool to see that,” Lozynskyy said. At least once a day, he says, a client will ask how he’s doing, how he’s feeling, how his family is doing.

There is a feeling, regardless of nationality, that everyone is subject to the whims of an authoritarian ruler.

“They are not happy that Putin is trying to invade, to attack,” Lozynskyy said. “Ordinary people can’t do anything about it. Obviously, no one wants to have a war.

There are many cultural and linguistic similarities between Russia and Ukraine, said Scott Radnitz, associate professor of Russian and Eurasian studies at the University of Washington, which makes the possibility of war all the more devastating. .

“Russians living in Ukraine, Ukrainians living in Russia, these are two countries that are close in many ways,” Radnitz said. “And that’s why it’s particularly tragic now that the Russian government is threatening to do various types of damage to Ukraine and the Ukrainian people.”

Liliya KovalenkoPresident of the Ukrainian Association of Washington, calls her parents in Ukraine every day.

His parents, friends and former classmates in Ukraine, “they feel this tension, this mounting pressure, but at the same time they don’t want to flee, they want to stay in Ukraine, they want to protect their land,” said Kovalenko.

Her two children keep asking when they can visit Ukraine, because “they fear it won’t be a country in the future”. Kovalenko pauses. “These are my emotions. It’s hard to talk.

There will bea gathering on Saturday at 3 p.m. at the Seattle Center, just “to show we’re here,” Kovalenko said.

At the Ukrainian Orthodox Church in Madrona, they began night prayer sessions at 8 p.m. a few weeks ago as Russian troop buildups and war warnings intensified.

“We all pray for peace in Ukraine and around Ukraine, as well as in the world,” said the father André Matlak, priest of the church. “We try, at least through prayer, because that’s all we can do.”

Matlak, like everyone else, consumes the news. When he speaks with his mother in Ukraine, she tells him what she sees, he tells her what he reads.

“It’s on all the news, you open any website and you see Ukraine and the crisis there,” he said.

Karl Cherepanya, a teacher of Ukrainian and Russian, reads Ukrainian and American news, comparing them. He watches pro-Russian and pro-Ukrainian talk shows. He served in the Soviet Army before immigrating to the United States 27 years ago.

He is worried, but sees more worry among Ukrainians outside Ukraine than among those inside the country.

When talking to his 88-year-old father at home, he tries to avoid politics.

“It’s been going on for a long time,” he said. “There are other things we need to talk about.”

Fedzhora of Sofia is only there for a short time. A Fulbright scholar teaching the Ukrainian language at the University of Washington, she arrived in September and will return to Kiev in June. Or, perhaps, earlier.

When war first seemed imminent a few weeks ago, she was ready to quit her program and return home.

“I’m ready like every day or at some point to go from here and go back to my family to be with them,” Fedzhora said. “I can’t even imagine how I can be here and they can be in Kyiv.”

Last weekend, she helped organize a run around Green Lake to draw attention to the plight of Ukraine.

She speaks with her parents every day. They are nervous. Worry. His mother has prepared a bag with important documents, money, medicine, in case they need to leave quickly.

“But we have no land other than Ukraine,” Fedzhora said.

She tries to get her parents to watch TV news less. They stare too much, she said. It’s too dramatic. Crushing.

Sasha Senderovich, assistant professor of Slavic languages ​​at the University of Washington, is not Ukrainian. This semester, he entrusts his students in contemporary literature with a Ukrainian novel, “The Orphanage”, published in 2017 after the annexation of Crimea by Russia, but which has just been translated into English for the first time.

The novel, by Serhiy Zhadan, describes a Ukraine besieged by Russian-backed separatist forces.

“And the television is on all the time. He never turns off the television, even at night. It’s like their own eternal flame, burning to commemorate the dead rather than entertain the living,” Zhadan writes. “The news was just chilling.”