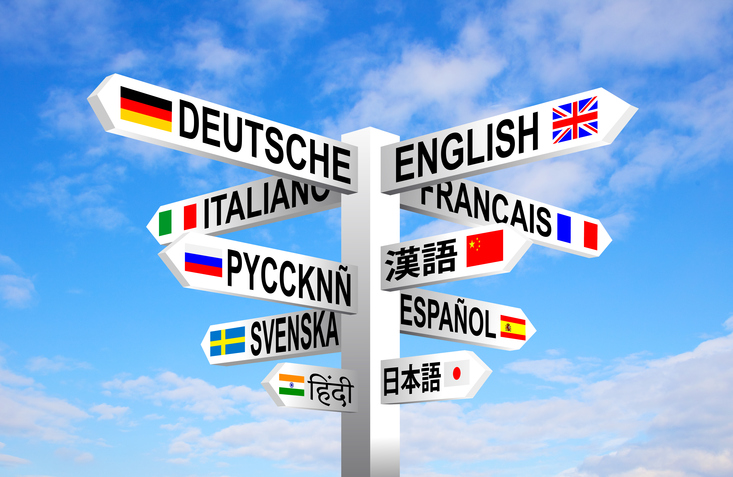 Language learning is at the heart of internationalization

Having recently examined the global dimension of 134 UK university strategic plans, I have noticed several blind spots. Most shocking – and least discussed – is the failure of universities to make the link between their ambitions for international engagement and language learning.

While there is a lot of rhetoric in these strategies about making a positive global contribution and building lasting international relationships, few even mention the possibility that bilingual or multilingual staff and students are better equipped for the job. make that monoglots.

Apart from playing on stereotypes of British insularity and inflexibility, this one-sided approach is not sustainable – and does not cut it off in global higher education circles. Collaboration, equity and societal impact are at the heart of discussions about the future of internationalization, especially now that a pandemic has reinforced both the interdependence of nations and the importance of international cooperation.

The European Commission aims for all EU citizens to speak at least two additional languages. It understands the vital role foreign languages â€‹â€‹play in improving intercultural understanding, employability, mobility and competitiveness. UK schools watchdog, Ofsted, noted something similar in its recent review of language curriculum research, noting how language learning “helps endow students with the knowledge and cultural capital they need to be successful in life â€and to appreciate and celebrate cultural difference.

Last year’s report on language learning led by the British Academy went further by highlighting the strategic importance of languages â€‹â€‹as the UK recovers from the pandemic and seeks to strengthen its relationships with the world . A previous report from the academy, that of 2019 Languages â€‹â€‹in UK, recycled the claim apparently first made in 2013 that monolingualism is ’21st century illiteracy’.

Yet instilling literacy in the 21st century seems like an uphill struggle. GCSE and A level language studies continue to decline and university language departments continue to close. British university leaders are in a heinous position; if the pool of students dries up, language degrees become economically unsustainable to issue. However, justifying closures on this basis misses their crucial role in internationalization.

Within UK universities, it is widely accepted that graduates need intercultural skills if they are to work effectively in a global context. However, students who attempt to acquire them without ever having experienced the challenge of communicating in a foreign language do so with one hand tied behind their back. Therefore, the financial investment required to foster a culture of language learning (whether as part of a degree program or as an extracurricular offer for students and staff) is ultimately a cost. investing in the overall employability of an institution’s graduates – as well as positioning itself as an internationally recognized and truly open-minded organization.

This positioning is particularly important vis-Ã -vis international students and staff. Far from adopting a deficit perspective vis-Ã -vis non-English speakers, British universities should engage with them as an institutional asset. After all, how can a university claim to be truly international – or decolonized – if it does not proactively draw on the experiences of those many staff and students who have shown initiative and adaptability in coming to the UK and operating in a second (or third) language? They should be presented as an example to other staff and students of the intercultural forces that accompany language learning.

The languages â€‹â€‹that universities favor may not be the same languages â€‹â€‹that their native speakers learned (or started learning) at school. Around the world, there has been an astonishing increase during the Asian language learning pandemic on the Duolingo platform, with five of the most dynamic being Hindi, Korean, Japanese, Turkish and Mandarin Chinese. . Recent webinars hosted by the Center for Global Higher Education also highlight the shift in the center of gravity towards Asia, which comes with a need for Western countries to begin to understand different Asian countries on their own terms – for which proactivity in building language skills is essential.

Imagine if a British university framed internationalization in terms of valuing other cultures and perspectives. Imagine if he had the courage to place language learning at the heart of his drive to foster cultural intelligence, supporting a central pillar of his global engagement strategy. It would overturn stereotypes, forge a distinctive institutional identity and give a new decolonial twist to “World Britain”.

Vicky Lewis is an independent consultant who works with higher education institutions to develop or refine their international strategies. She is the author of a report, UK Universities Global Engagement Strategies: Time to Rethink?