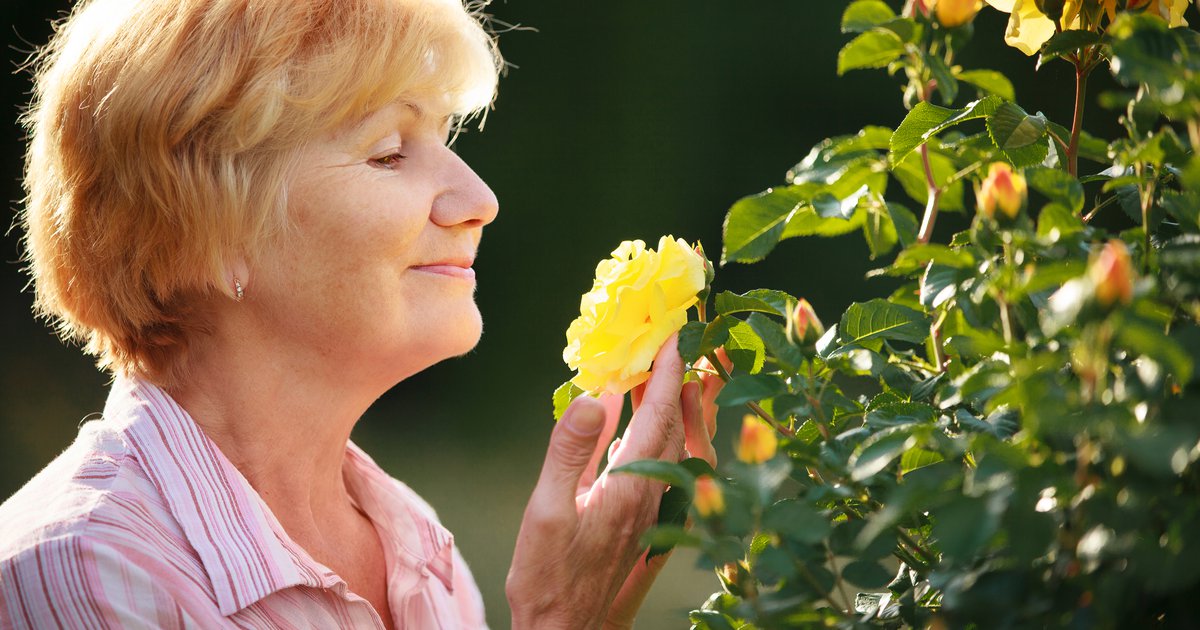 Reports from COVID-19 patients are baffling. Just hours before, they’d been enjoying a hot cup of coffee or the scent of flowers in a garden. Then, as if a switch had been flipped, those smells disappeared.

Young and old are affected – more than 80 to 90% of people diagnosed with the virus, by some estimates. While most people recover in a matter of months, 16% take six months or more to do so, research shows. Up to 1.6 million Americans have chronic odor problems from COVID, new estimates show.

The elderly are particularly vulnerable, suggest the experts. “We know that many older people have a compromised sense of smell to begin with. Add to that the insult of COVID, and it has made these problems worse,” said Dr. Jayant Pinto, professor of surgery and specialist in sinus and heart disease. nose. at the University of Chicago Medical Center.

Recent data highlights the interaction between COVID, old age and loss of smell. When Italian researchers assessed 101 hospital patients with mild to moderate COVID, 50 showed objective signs of altered smell six months later. People 65 and over were almost twice as likely to be impaired; those 75 or older were more than 2.5 times more likely.

Most people are unaware of the extent to which smell can be diminished later in life. More than half of those aged 65 to 80 have some degree of loss of smell or odor dysfunction, as is known in the scientific literature. This goes up to 80% for even older people. Those affected often report concerns about safety, a lack of enjoyment in eating, and an impaired quality of life.

But because the ability to detect, identify, and distinguish smells gradually declines, most older people – up to 75% of those with some degree of odor loss – don’t realize they’re affected. .

A host of factors are thought to contribute to age-related odor loss, including a reduction in the number of olfactory sensory neurons in the nose, which are essential for detecting odor; changes in the stem cells that make these neurons every few months; atrophy of the smell processing center in the brain, called the olfactory bulb; and the narrowing of brain centers closely related to the olfactory bulb, such as the hippocampus, a central region for learning and memory.

In addition, substances toxic to the environment such as air pollution play a role, according to the research. â€œThe olfactory neurons in your nose are basically little pieces of your brain that hang out in the outside world,â€ and their exposure over time damages these neurons and the tissues that support them, explained Pamela Dalton, senior researcher at Monell Chemical Senses Center. , a smell and taste research institute in Philadelphia.

Yet the complex workings of the olfactory system have yet to be mapped in detail, and much remains unknown, said Dr Sandeep Robert Datta, professor of neurobiology at Harvard Medical School.

â€œWe tend to think of our sense of smell as primarily aesthetic,â€ he said. “What is very clear is that this is much more important. The olfactory system plays a key role in maintaining our emotional well-being and connecting us with the world.”

Datta experienced this after undergoing a bone marrow transplant followed by chemotherapy years ago. Unable to smell or taste the food, he said, he felt “very disoriented” in his surroundings.

Common consequences of loss of smell include loss of appetite (odorless, taste is deeply compromised), difficulty monitoring personal hygiene, depression, and an inability to detect harmful fumes. In the elderly, it can lead to weight loss, malnutrition, frailty, inadequate personal care and accidents caused by gas leaks or fires.

Jerome Pisano, 75, of Bloomington, Ill., Has lived with a loss of smell for the past five years. Repeated tests and consultations with doctors have not identified the reason for this illness, and at times he feels “desperate”, admitted Pisano.

Before becoming fragrant, Pisano was a certified wine specialist. It has an 800-bottle wine cellar. “I can’t enjoy this as much as I would like. I miss the smell of cut grass. Flowers. My wife is cooking,” he said. “It definitely diminishes my quality of life.”

Loss of smell is also associated in various research studies with a higher risk of death in the elderly. A study, written by Pinto and colleagues, found that older people with odor dysfunction were nearly three times more likely to die over a five-year period than older people whose sense of smell remained intact.

â€œOur sense of smell signals the state of our nervous system and the general state of our brain,â€ Pinto said. According to a review published earlier this year, 90% of people with early-stage Parkinson’s disease and more than 80% of people with Alzheimer’s disease have olfactory dysfunction – a symptom that may precede others. symptoms of several years.

There is no treatment for the loss of odor associated with neurological disease or head trauma, but if someone has persistent sinus problems or allergies that cause congestion, an over-the-counter antihistamine or a steroid nasal spray can help. Usually the smell returns within a few weeks.

For the loss of odor following a viral infection, the picture is less clear. It is not yet clear which viruses are associated with odor dysfunction, why they damage the sense of smell, and what trajectory recovery takes. COVID may help shed light on this as it has inspired a wave of research on scent loss across the world.

â€œWhat characteristics make people more vulnerable to a persistent loss of smell after a virus? We don’t know, but I think we will because this research is ongoing and we have never had a cohort [of people with smell loss] this great to study, â€said Dalton, of the Monell Center.

Some experts recommend training in smell, noting evidence of effectiveness and no indication of danger. This involves sniffing four separate scents (often eucalyptus, lemon, rose, and clove) twice a day for 30 seconds each, usually for four weeks. Sometimes the practice is combined with images of the objects felt, a form of visual reinforcement.

The theory is that “practice, practice, practice” will stimulate the olfactory system, said Charles Greer, professor of neurosurgery and neuroscience at the Yale School of Medicine. While scientific backing is not well established, he said, he often recommends that people who think their odor is waning “get a shelf full of spices and smell them regularly.”

Richard Doty, director of the Smell and Taste Center at the University of Pennsylvania, remains skeptical. He writes a review of smell training and notes that 20-30% of people with viral infections and loss of smell recover in a relatively short time, whether or not they continue this therapy.

â€œThe main thing we recommend is to avoid polluted environments and get your full vitamin intake,â€ as several vitamins play an important role in maintaining the olfactory system, he said.

KHN (Kaiser Health News) is a national newsroom that produces in-depth journalism on health issues. Together with Policy Analysis and Polling, KHN is one of the three main operational programs of KFF (Kaiser Family Foundation). KFF is an endowed nonprofit organization that provides information on health issues to the nation.

‘We denounce this kind of language’: Milton school officials denounce use of racial slurs by middle school students posted online