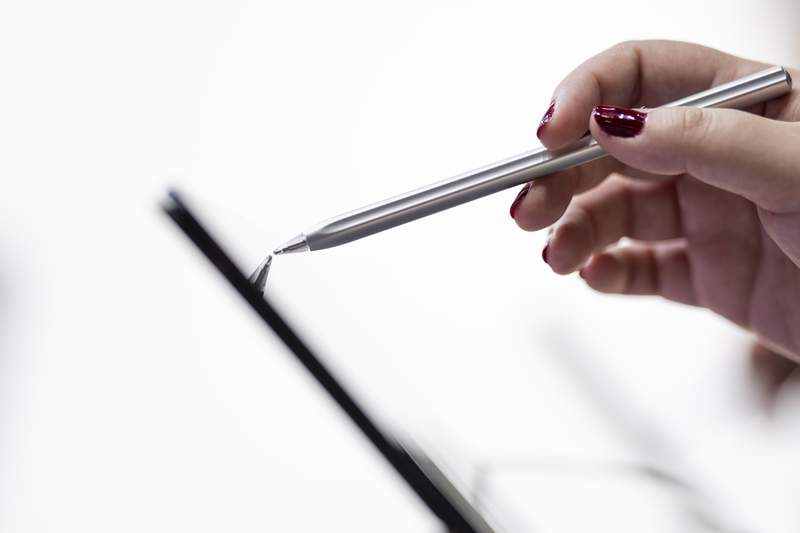 BARCELONA – A major wireless technology fair kicked off in Barcelona on Monday with reduced attendance and enhanced health and safety measures, changes that reflect the new reality of industry conventions in the post-pandemic era.

Mobile World Congress was canceled at the last minute last year due to COVID-19 concerns. Its revival in 2021 makes it one of the few major trade fairs to attempt a comeback even as the coronavirus pandemic continues to simmer in many parts of the world.

The show, known as MWC, is generally a glitzy and well-attended affair, with tech and telecommunications companies setting up elaborate pavilions to show off the latest mobile devices, entertain customers, and put pressure on representatives of the government. But this year, the world’s largest mobile industry trade show will likely be a shadow of itself.

â€œObviously there is a huge difference compared to previous years. This show will be much smaller, much safer from a health and safety point of view, â€said Mats Granryd, Managing Director of the GSM Association, which organizes the show and represents more than 750 mobile network operators.

â€œWe take a lot of precautions: testing people regularly within 72 hours, no hands, everything is contactless. ”

Still, companies like Ericsson, Nokia, Intel, Sony and Qualcomm are staying on the sidelines while South Korean Samsung, the world’s largest mobile phone maker, only hosts a virtual device launch. Major sponsor Chinese tech giant Huawei is one of the few big names to have an exhibition stand.

Other visitors will be present virtually, as will a third of the 350 speakers at the show, including Tesla founder Elon Musk.

The GSMA has delayed issuing its usual February slot to buy time in hopes the pandemic is now under control. Granryd said they plan to postpone it until February for 2022.

To help make the four-day fair a reality, Spanish authorities have agreed to exempt exhibitors, attendees, sponsors and partners from travel restrictions that might otherwise prevent them from entering the country.

At Barcelona’s Fira Gran Via exhibition center, security arrangements include COVID-19 testing, additional ventilation and one-way routes around the site. Participants must wear masks and an official MWC app will allow them to display the negative test result needed to enter.

Spain eased COVID-19 restrictions on Saturday by removing the requirement to wear face masks outdoors, as long as people stay at least 1.5 meters (5 feet) from each other. Masks remain mandatory indoors in public places and on public transport.

Barcelona has been hosting the MWC since 2006 and last year’s cancellation dealt a major economic blow to the city, with lost revenue for hotels, restaurants and taxi companies.

Authorities estimate that the show typically generates 473 million euros ($ 516 million) and more than 14,000 part-time jobs for the local economy.

Copyright 2021 The Associated Press. All rights reserved. This material may not be published, broadcast, rewritten or redistributed without permission.

Creator profiles & the future of publishing