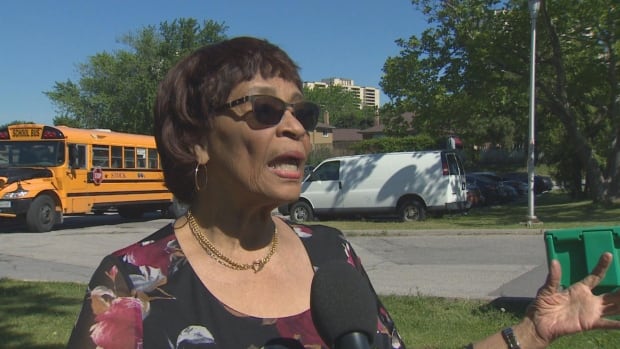 As one half of the new name for the former Queen Victoria Public School in Parkdale, revered local librarian Rita Cox says the new moniker is a combination that perfectly encapsulates what makes the neighborhood so great.

“I think that’s an apt description of this community,” Cox previously told CBC Radio. Subway morningfrom the common name of a school in the western district recognized as a cultural melting pot.

“I was honored that they considered my work and my time in the community worthy of this great tribute. I feel like I know this community, I love this community.”

Today, the school, which was founded in 1887, is known as Dr. Rita Cox Public School – Kina Minogok, in honor of Cox and the black community, as well as the native community.

Henry Pitawanakwat, who works as a translator for the federal government’s Translation Bureau, was consulted about the change. He told CBC News that Kina Minogok translates to “everything is fine.”

He said the phrase is a metaphor for children as seeds, growing in a well-tended garden.

“If you maintain the garden and take care of it and put your heart into it, you will get a good harvest,” he said.

Being part of the new name is important, he said, as indigenous communities work to revive languages ​​that were set aside by colonialism.

“It’s a very small step, but it’s progress…our language was forcibly taken away from us by residential schools. [grandparents and parents] were not allowed to use the language. They were punished for using the language. So it was close to extinction,” he said.

“Our children have lost their identity, so bringing the language back is very important.”

Pushing back against colonialism was part of the impetus behind the name change, say members of the local Black Student Success Committee, which helped advocate for a change.

Subway morning7:47From royalty to queen of the community: Queen Victoria Public School is named after a local librarian

Dr. Rita Cox is a former Children’s Librarian and Chief Librarian of the Parkdale Branch of the Toronto Public Library.

The idea of ​​trying to change first took root in 2020, said committee co-founder and co-chair Tania Daly. At the time, there was a lot going on globally when it came to dismantling colonialism, she said.

It was also the same year that the Toronto District School Board apologized for not doing more to address what it called “clearly an incident of anti-Black racism” at the school.

“I thought, ‘You know what? We have to reclaim that space,'” Daly said. “We’ve been through so much, and the kids can’t be if they can’t see it. So why not consider renaming the school?” she says.

In Cox, the school is now partly named after someone with deep roots in the community. She spent 40 years as a librarian and pioneered literacy programs and other multiculturalism initiatives in Toronto, including the Parkdale Intercultural Association and the Parkdale Preschool Program.

Cox said she sees herself as a storyteller first and foremost — and notes that a library isn’t just about books, it’s also about community and people.

“I’m happy to be considered a part of this community. I still believe it’s one of the biggest communities we have in the city,” she said.