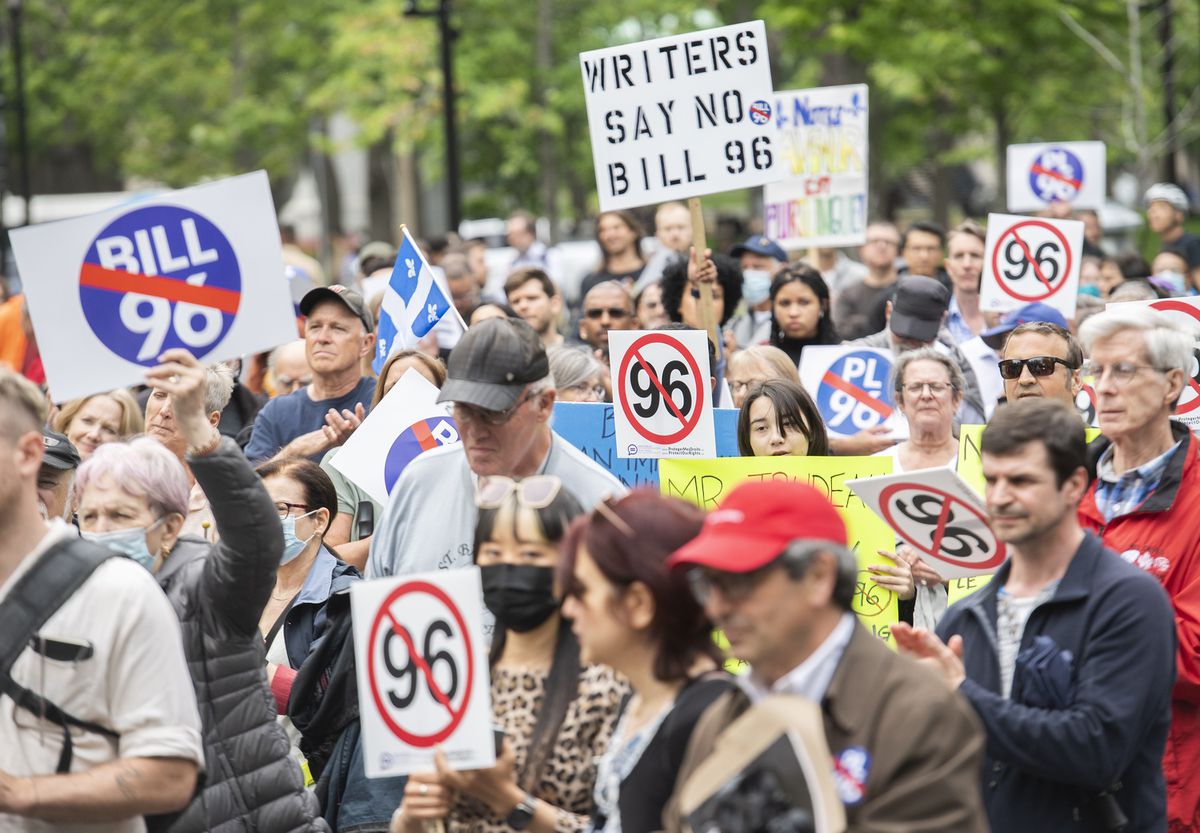 Ontario MP Pierre Poilievre is the only candidate in the Conservative leadership race to remain silent on Quebec’s controversial new language law, Bill 96.

Mr Poilievre was challenged by his opponents in Wednesday’s leadership debate to clarify his position on the expanded language law, but the longtime MP failed to do so. And his campaign has not provided a statement since then, despite multiple requests. On Friday, Mr Poilievre’s campaign said it would not issue a statement.

Bill 96 imposes new rules to reinforce the use of French in the public service, education and business.

Mr. Poilievre is widely seen as the frontrunner in the race, and his decision not to disclose his position on the bill reveals his political calculations and hints at possible paths to victory, said Stephanie Chouinard, a political scientist at the Military College. royal. .

“To keep entirely silent on this potentially explosive subject, signals that he believes the controversy over the bill will explode over the summer,” Professor Chouinard said. This also means that he aims to avoid taking a position that would cost him support either in Quebec or in the rest of Canada.

She said a public stance by Mr. Poilievre would mean risking support in Quebec (if he was seen as overstepping jurisdiction) or risking support in English Canada (if seen as too lenient on the “less acceptable aspects of Quebec nationalism”).

Professor Chouinard, who researches language rights in Canada, said Mr Poilievre has a chance of making inroads in Quebec partly because he is the only candidate, other than the former Quebec premier. Jean Charest, who is fluent in French.

On Friday, Mr. Poilievre’s opponents criticized him for his lack of transparency on a file that affects federal politics, with Quebec’s use of the notwithstanding clause.

“Canadians and party members need to know where politicians stand on important issues, especially since other candidates have recently changed their stance on Bill 21,” Charest said in a statement to the Globe and Mail Friday.

He said he agrees with the goal of preserving the French language and nation, but he is concerned about how this has been done and the effect on linguistic minorities. Mr. Charest said that if he was in government and a challenge reached the Supreme Court, he would not “remain neutral”, but he did not specify what position he would take.

“While silence may be politically expedient, the Conservative Party of Canada must be a leader in defending the freedoms and rights of Canadians,” Aitchison said in a statement Friday.

Each candidate “should not only oppose Bill 96, but commit to intervening in any legal proceedings against it,” Brown said.

The consequences of the law for the federal government (affecting official languages ​​and the Constitution) mean that “these are not minor matters that nobody really cares about”, said Joan Fraser, a retired Liberal senator and former editor in leader of the Montreal Gazette who sits on the board of directors of the Quebec Community Groups Network, which opposes Bill 96.

“These are big, important questions, and I think a serious political candidate has a duty to say what they can about the office they hold,” Ms Fraser said.

Montreal constitutional lawyer Julius Grey, who opposes Bill 96, said Mr Poilievre’s refusal to outline his position speaks to a ‘decline in political norms’ where ‘people will do anything only for votes and where very few politicians have the courage to stand at the top.”

“Mr. Poilievre claims to be a man of principle and yet his principles seem to depend quite heavily on the opinions of the majority,” Mr. Gray said. He added that he was also critical of Mr. Charest, who, according to him, “plays quite cautiously”.

With a report from The Canadian Press.

For Subscribers Only: Get exclusive political news and analysis by subscribing to the Political Briefing.