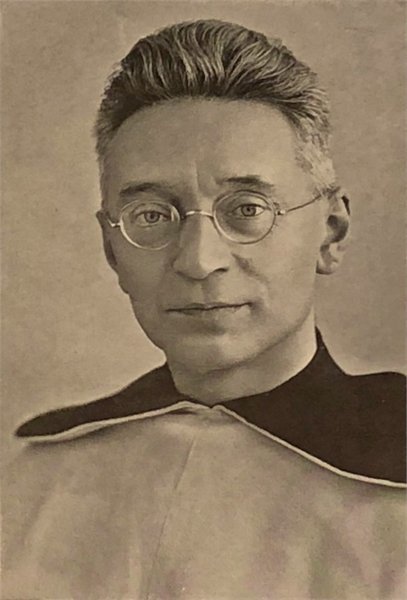 Pope Francis signed a decree recognizing a miracle attributed to the intercession of Blessed Titus Brandsma, paving the way for the canonization of the 20th century martyr murdered at the Dachau concentration camp.

The Dutch Carmelite brother was sent to Dachau for treason – after defending Jews and freedom of the press – and was killed by lethal injection.

The Vatican announced Pope Francis’ decision in his case and a number of other holiness causes on November 25.

Dachau, the infamous Nazi concentration camp in Germany most associated with the genocide of thousands of Jews during WWII, also had over 2,700 clergy, including 2,400 Catholic priests.

Blessed Brandsma was sent there after urging editors of the Dutch Catholic press to violate a new Third Reich law and not to publish any Nazi propaganda. He also denounced Nazism as “a sewer of lies that must not be tolerated,” Dianne Traflet, assistant professor of pastoral theology and associate dean of graduate studies at Seton Hall University in South Orange, NJ, told ‘a lecture at the National Museum of World War II in 2018.

Addressing the nurse in charge of giving her the fatal injection in July 1942, Father Brandsma assured her of his goodness as a child of God, gave her her rosary and encouraged her to pray. . The priest’s example of love, forgiveness and human dignity led the nurse to return to her Catholic faith after the war, Ms. Traflet said.

Pope Francis also recognized a miracle attributed to the intercession of Blessed Caroline Santocanale, also known as Blessed Mary of Jesus, an Italian nun born in 1852, who founded the Congregation of the Capuchin Sisters of the Immaculate de Lourdes.

The Vatican did not immediately announce the dates of the canonization ceremonies.

Among other decrees signed on November 25, the Pope recognized the martyrdom of five priests who were executed by members of the Paris Commune as his revolutionary government was violently crushed by the French army in 1871.

They were a handful of the 75 members of the clergy and 35 soldiers taken hostage and executed during the massacre on rue Haxo by members of the Paris Commune during the repression of the commune after 71 days in power. Soldiers of the National Guard seized power in Paris in March 1871 to establish a social democracy favoring workers, abolishing child labor and separating Church and State.

The rebels, known as the Communards, confiscated Church property, abolished religious education, and held the clergy with other prominent figures hostage against reprisals from the French army. French military forces eventually took control of Paris and executed at least 20,000 suspected Communards during what became â€œbloody weekâ€.

The other decrees approved by Pope Francis recognized: