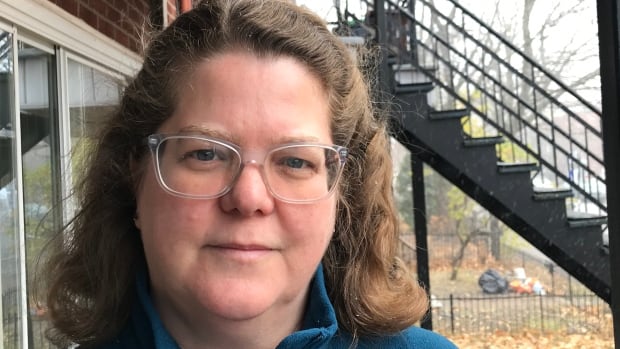 More than 20 academics and people helping newcomers settle in Quebec are working on an open letter to the province that says it must exempt essential public services from Bill 96, its controversial reform bill. linguistic.

“This will prevent people from getting the services they need,” said Jill Hanley, professor in the School of Social Work at McGill University and one of the signatories.

The group is particularly concerned about a provision in the bill that says that after immigrants have been in the province for six months, all government communications with them will be in French.

Quebec affirms that the objective of Bill 96 is to increase the use of French in public and in the workplace and that it makes exceptions for “historical” Anglophones – anyone who was educated in Canada. in English – and indigenous peoples, when it comes to receiving services.

The bill was introduced in May after studies showed that the use of French was declining across the province, particularly in Montreal, and that it uses the notwithstanding clause to prevent legal challenges.

The bill has been the subject of several hearings in the National Assembly and is still under consideration but has elicited many reactions, mainly from the English-speaking community.

Garine Papazian-Zohrabian, associate professor in educational psychology at the University of Montreal, has just completed a study on the francization of immigrants. She says she is concerned about those who are most vulnerable: immigrants, refugees and asylum seekers who come with “heavy baggage” and often little money or education.

“Six months is not enough,” she said. “All the studies show that the more difficulties, trauma, loss they have – the more they have difficulty adjusting, the less able they are to learn.”

Papazian-Zohrabian says learning a new language is often not the top priority for people who come to Quebec to escape dangerous life situations. She points to the hundreds of recent immigrants from Afghanistan, who left after the Taliban took control of their country.

“Integration is not just about learning the language. First of all, it is about feeling accepted, feeling that they have a place in this country, feeling safe.”

“I think there is an oversight in this bill, perhaps without the intention of the government,” Hanley said. “It actually blocks access to social, health and economic rights for the most vulnerable people.”

Social and health services not included, according to the ministry

Justice Minister Simon Jolin-Barrette, who is also Minister responsible for the French language, insisted that Bill 96 will not affect Quebec’s law on health and social services. In a statement to CBC, his office said the bill will have “no impact” on access to health services and will provide other safety exceptions.

Jolin-Barrette’s office says a “pillar of reform” proposed in Bill 96 is to ensure that the province sets a high standard. He says that under the new rules, the Quebec bureaucracy will communicate with immigrants in French from the start, with some flexibility for specific situations that require the use of a language other than French during their six years. first months in the province.

Currently, according to the Department of Justice, Quebec interacts with immigrants in languages ​​other than French on demand for years, and sometimes throughout their lives. This is a situation, says the ministry, which does not promote integration into French-speaking society.

The ministry says it understands that the time it takes to learn French is unique to each individual and, under the bill, a new francization program will be created to offer a more simplified, personalized approach that is supposed to be better suited to students. immigrants.

Hanley says the law will create what she calls “procedural nonsense.” She gives the example of a migrant farm worker who wishes to report an accident at work and speaks only English or Spanish.

“You should almost do a pre-screening on the person’s right to speak which language before you start doing the service. “

The Department of Justice says it is always open to ideas on how to better protect and promote the French language in Quebec.

He indicated that a detailed study of Bill 96 is still pending and that the government will indicate how it intends to proceed with the bill in due course.