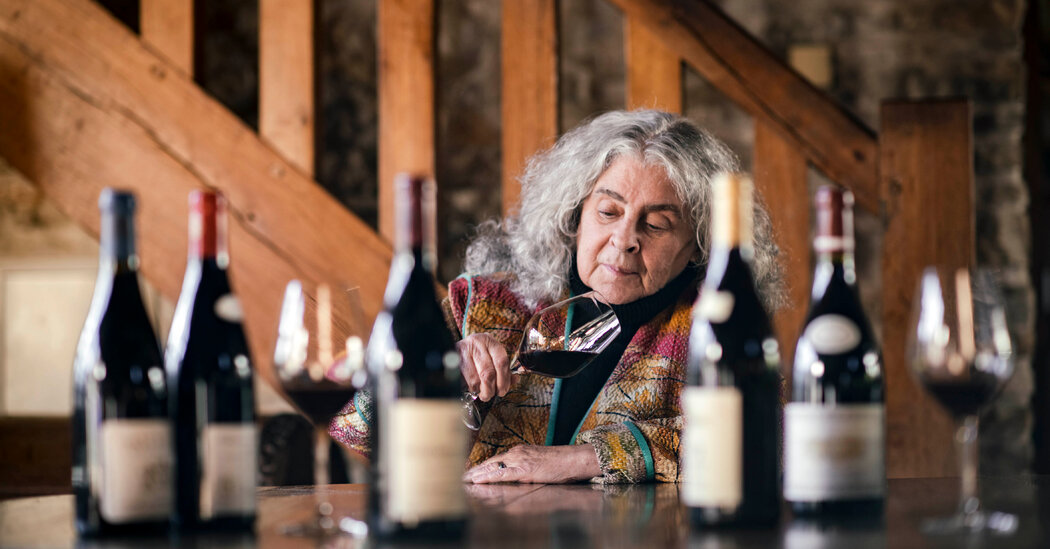 Rebecca Wasserman-Hone, who put Burgundy on the US map, dies at 84

She had poor eyesight, which she said boosted her other senses, especially smell and taste. A winegrower taught him the soil – an aspect of the different terroirs, or microclimates, which characterize a grape – by handing him a spoon. You can taste the difference from one plot to another, her son Peter said of the land: “Everyone has their own personality, just like people.”

Mrs. Wasserman-Hone was no wine snob; she said she would rather drink a simple red Burgundy on her old vines than a grand cru on her fourth leaf, which, says Peter Wasserman, “is a baby; he can barely translate his place.

And she had no patience with the flowery language of contemporary wine descriptors, the adjectives of jam, fruit and spices used by certain connoisseurs. Rather, she could say that a young Corton reminded her of Mick Jagger, because he had a strut.

But she felt it was important that people talk about wine in their own way. “We have too many words today to describe anything simple enough,” she told Levi Dalton on her wine podcast, “I’m going to drink this! In 2017.

She met her third husband, Russell Hone, a British wine representative, at a wine tasting in London. She was so pissed off, she later recalled, that all she could think of to say was “I like your shirt.” When they met the next day at another event, he bought her an identical shirt as a gift. They married in 1989 and he joined his company, Becky Wasserman & Company. His job title is “innkeeper,” meaning “innkeeper,” and he is often the head of the business.

The dinner at Wasserman-Hone, said Ms Feiring, was one of Burgundy’s most coveted invitations. Restaurateur Michel Troisgros, wine referee Robert Parker and judge Sandra Day O’Connor all made the pilgrimage.

Wine tasting over a meal was one of the many ways Ms Wasserman-Hone and her colleagues, including her sons, Peter and Paul, encouraged their producers, asking them to send wine to their office so that they can taste it at lunchtime. “Sounds of appreciation are more important than words,” she once told the Los Angeles Times. “We denote by ‘oohs’ and ‘mmms’, six being the ultimate distinction.”