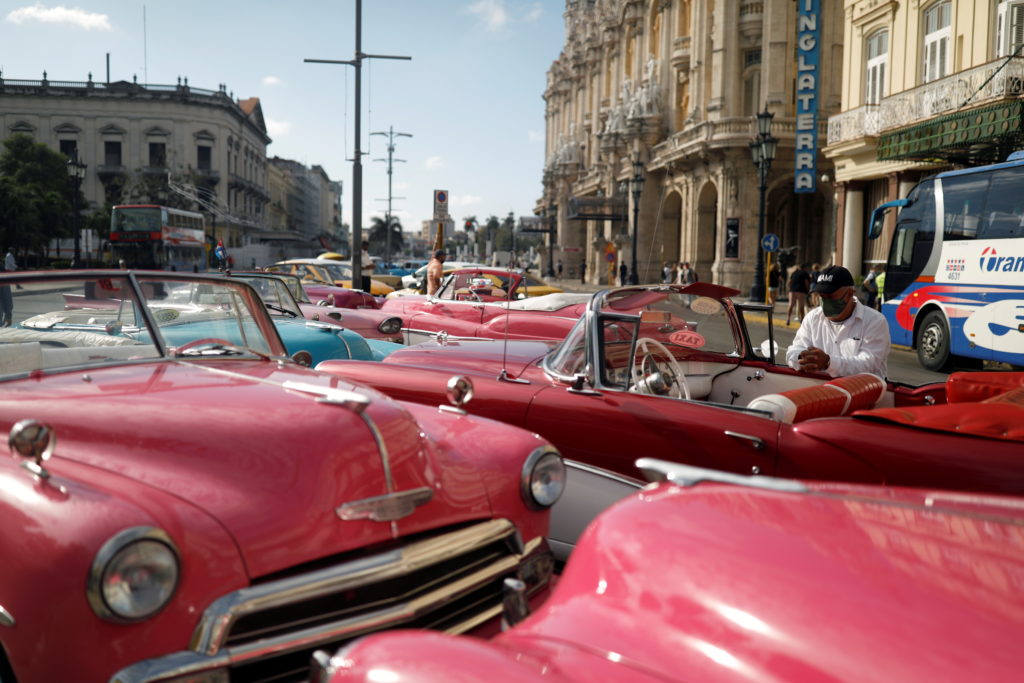 ARTEMISA, Cuba (AP) — Francisco Pérez Rodríguez has a car problem — a problem that’s becoming all too common for many Cubans.

He rebuilt the engine of his father-in-law’s Moskvich – one of tens of thousands of cars and other vehicles that have poured into Cuba from its Cold War allies in the Soviet bloc and later Russia during the last half century.

To work, it needs a new timing belt. But Pérez Rodríguez said it was something only available nowadays in Russia. And flights there were halted by Western sanctions imposed after Russia invaded Ukraine.

Global restrictions on transport and trade with Russia pose a particularly serious problem for Cubans, whose socialist government has lived since the early 1960s under an embargo imposed by the neighboring United States. Much of the island’s truck, bus, car and tractor fleets came from faraway Russia and are now aging, in need of parts.

And just like Russian tourists, these coins are no longer coming.

Transportation in Cuba can be tricky at the best of times. Buses have often been in short supply, cargo trucks are occasionally put into service for rural passengers, and the streets are filled with Russian-made Ladas, Niva SUVs and Jeep-like Uaz.

Even many of the legendary 1950s vintage American cars that cruise along Havana’s waterfront have been modified over the years to use Russian engines and other parts.

“For the Ladas, everything is imported from Russia. Many people are going to be affected,” said Pérez Rodríguez, 57, who operates a lathe shop in Artemisa, just southeast of Havana.

READ MORE: European inflation soars to a record 7.5% on fuel and food costs

Along with the disruption of the key tourism industry and financial transactions with Russia, “the transportation disruption is going to be a problem for Cuba in terms of spare parts,” said William LeoGrande, an expert on Cuba at the American University in Washington, DC.

“It makes life even more difficult, even if they find ways around these sanctions against Russia,” he said. “It will cost more; it will take longer and it will only make their economic situation worse”

Cuba’s economy has already been hit by tougher US sanctions under the Trump administration and the coronavirus pandemic.

Manuel Taboada, a 26-year-old taxi driver in Old Havana, is already worried about his own Lada.

“Now with the mess of war, with everything that’s going on, it will have a big effect because they can’t travel and they can’t bring things,” Taboada said. “Honestly, we don’t know how we will end up because there are specific parts for this car.

The exact scale of the problem is difficult to measure because much of the coin trade takes place in the informal market – exchanges between individuals, said Pavel Vidal Alejandro, professor of economics at the Pontifical University Javeriana de Cali, in Colombia. “Cubans have a lot of restrictions on visa-free travel to other countries, and Russia is one of the exceptions.”

“Even with the distance and the cost that this entails in terms of travel, it was a market where goods came from” both for the formal market and for Cuban self-employed workers, he said.

Many have found it easier to get the parts via trips to Florida, where some vendors have specialized in importing Russian auto parts specifically for people traveling to and from Cuba. Now the sanctions on relations with Russian banks and on shipping are also complicating this.

“There is more demand; it’s up about 80 percent,” said Roberto Hernández, owner of MZ Miami, a store that sells parts for Lada as well as motorcycles and bicycles.

Basilio Pérez is one of the Cubans (Cuban-American?) in Florida who often returns to the island to visit his family – so often there is still an old Moskvich.

He said he had been unable in recent days to find the parts he needed to repair the car’s steering mechanism, either in Florida or Cuba.

“Before, people (in Cuba) traveled and could find parts. Now there is nothing,” Pérez said.

Back in Artemisa, 69-year-old Humberto Santana showed up at Pérez Rodríguez’s shop hoping to repair a crankshaft for his Russian-made truck. But with that seemingly impossible and with no spares, he said he would try to find a Japanese engine instead and fit it.