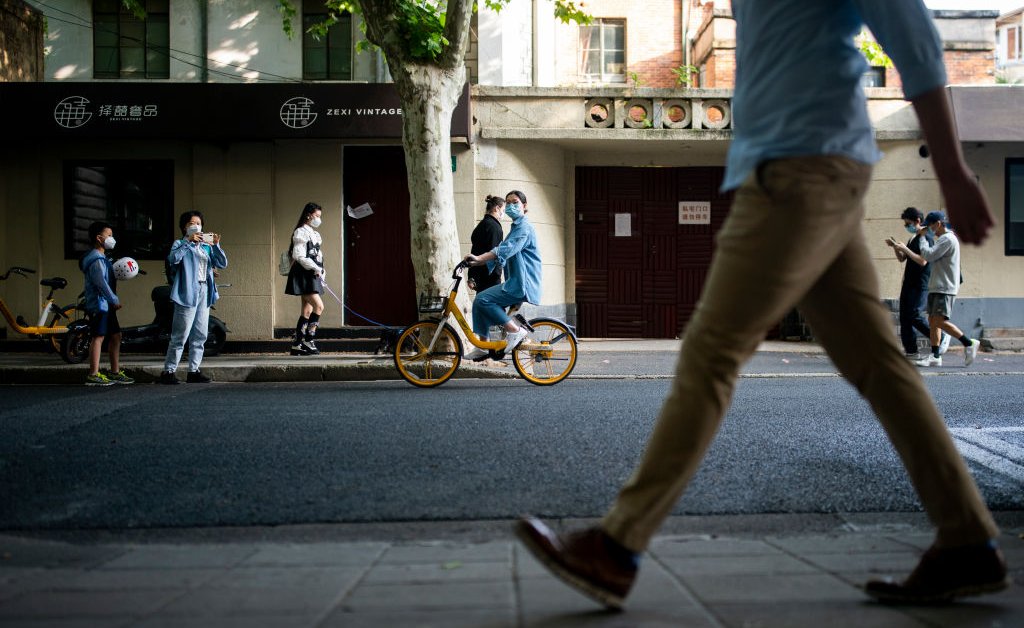 SHanghai will allow residents of areas deemed to be at low Covid-19 risk to move freely around the city and resume road and public transport from Wednesday, in a major step forward in its efforts to dismantle a deadly two-month lockdown.

Taxi and public transport services, as well as private cars, will be allowed on the roads in low-risk areas, while bus, metro and ferry services will also resume, the municipal government said in a statement. communicated. statement In Monday. Millions of people will also be able to leave their homes and neighborhoods freely – without the time-limited passes or activity restrictions previously in place – although dining out will still be banned.

The easing comes as China’s worst outbreak since the pathogen emerged in Wuhan wanes, with just 31 Covid cases, all in government-run isolation centers, reported in Shanghai on Monday. The sweeping measures, which will apply to around 22.5 million of the city’s 25 million population, lay the groundwork for a fuller return to normalcy, even as China remains committed to a Covid policy that deploys severe restrictions whenever infections break out.

Shanghai residents reacted to the news with cheers and songs from their apartments, with some setting off fireworks from their balconies in celebration. Social media platforms, including WeChat, were inundated with posts and comments about the easing, with people discussing where and when they would meet for a drink or a meal.

Yet the city remains far from normal. There are no plans yet for the reopening of places like gymnasiums, cinemas and karaoke parlors, and most students are still at home and only certain classes are allowed to return to school. Many factories and businesses operate in an onerous ‘closed loop’ system in which workers must live on-site or in nearby accommodation to limit the risk of infection.

Customers pick up their orders at a Starbucks store on May 30, 2022 in Shanghai, China.

Shanghai residents are also required to undergo PCR tests every two or three days when moving around the city, part of an early detection strategy the financial center hopes to keep future outbreaks at bay.

Nationwide, China reported fewer than 100 infections on Monday, the first time since March 2 that the country managed to suppress cases to such a low level. Beijing is also seeing a drop in the number of cases, with 18 new Covid infections reported on Monday. The capital, which has avoided a full lockdown, has started easing some movement restrictions and resumed some public transport.

Yet the threat of a return to the brakes remains as long as China persists with its Covid Zero approach. Policymakers domestically and in Shanghai unveiled various tax breaks and stimulus measures, but failed to address the fundamental uncertainty surrounding the re-emergence of lockdowns that underpins concern over the outlook for the world’s second-largest economy.

“Beyond Shanghai, restrictions on inter-regional mobility mean supply chain issues won’t go away overnight,” Bloomberg Economics chief Asia economist Chang Shu wrote. in a Tuesday note. “A decline in virus infections has allowed Shanghai to begin to reopen. But with China’s Covid-Zero stance still firmly in place, the risk of further restrictions to combat new surges weighs on the economy.