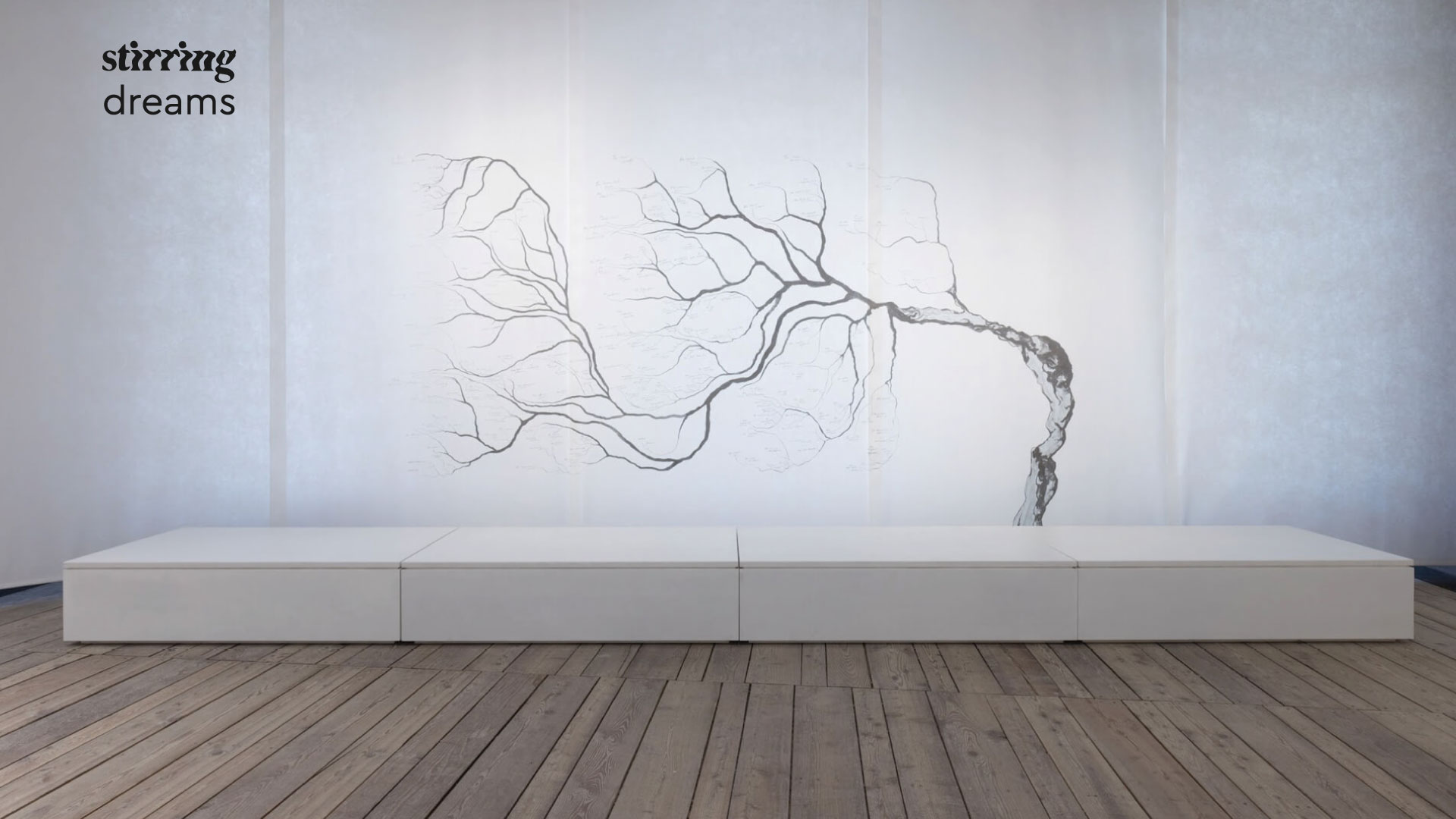 This year’s edition of the Venice Art Biennale marks the 10e year of participation of the Singapore pavilion. Presenting at the pavilion is artist Shubigi Rao with Pulp III: A Short Biography of the Banned Book. His exhibition, curated by Ute Meta Bauer, also includes a film titled Talking sheets and a paper maze. The space is designed in collaboration with the scenographer Laura Miotto. Although Rao is a member of the Indian diaspora, his roots have grown in Singaporean soil. She proudly introduces herself to the VAB as the first solo female artist to represent Singapore. We spoke to the artist to learn more about his practice, as well as the work on display, in a more intimate way.

Rao discusses the book, an important part of the work on display. She says, “This marks the middle of my 10-year project, Pulp, which explored the history of the destruction of books and its impact on the future of knowledge. Since 2014, the project has explored several overarching themes, including the loss and preservation of endangered languages, unfettered access to information, resistance to the monetization of knowledge through shadow libraries, and the analysis of reasons why libraries and books are banned or burned. The book exhibited at the Venice Biennale is the third part of the Pulp series.

Rao continues to discuss how the pandemic has affected his approach to the project saying, “Pulp was intended to span 10 years, with five volumes published at two-year intervals; its multi-volume format allowed me to evolve in parallel with my research. However, between my work curating the Kochi-Muziris Biennale, and the pandemic and its movement restrictions, I had to adjust the parameters of the project. COVID-19 has also affected the way I work, which previously involved an intuitive practice of traveling and talking with people around the world, a method that has given me the opportunity to follow various threads and conversations wherever they would take me away. I therefore focused more on the cosmopolitanism of regional print communities that flourished and declined in historic centers of print across geographies and borders, particularly in Singapore, Southeast Asia and Venice, and I found evocative connections between them.” Through the book, Rao also examines endangered and vanishing languages ​​in Singapore and Venice, with a focus on the narratives around the oppression, violence and silence. Rao traveled to meet librarians, printers, booksellers and publishers from various regions to delve into the history of knowledge and stories.

Rao says, “For me, one of the best ways to preserve human knowledge, our conversations, and our stories is to bring them into people’s consciousness through the physical and the virtual. At its core, the book and the film offer a diversity of woven together stories from around the world.It is a documentation of human aspiration, longing and aspirations, eradication and violence, error and failure, encapsulating the best and the worst from all of us.

by Rao Pulp is also an invocation to all those who oppose the control of data, a profound issue at the present time. “Pulp examines knowledge through the prism of historical cycles or movements of events – for example, the increase in population and the compartmentalization of information. It explores the effects of the monetization of knowledge, of information as one of the most valued commodities,” explains the artist. The project considers the concept of the library as a center of knowledge and, in this sense, functions both as a strategy and a tool against the hegemonic grip of information. Rao talks about the social, political and financial grip on all kinds of information, restricting access to independent researchers. She says: “Currently, most scientific and human publications in the world are paid for by journals owned by four to six publishers. In fact, we don’t know exactly how many because they are often nested in fictitious companies – but they are based in four countries, of course, all in the West.

Rao’s presentation at the biennale invites us all to wake up to this phenomenon by saying, “That’s why we have ghost and pirate libraries. For me, I feel a particular kinship with this act of resistance, to make knowledge free and accessible. This is something tyrants and demagogues hate. They fear the open exchange of information, independent reporting channels, because ultimately they can only maintain their dictatorial status by reinforcing singular narratives to the exclusion of everything else. There is also a huge amount of money to be made in controlling and manipulating information.”

Rao’s new movie Talking sheets, also presented at the Singapore pavilion, was filmed for five years in Venice and Singapore. The film weaves together the mytho-poetics of legendary libraries, half-truths, hearsay and disputed accounts, forming a lyrical manuscript that is a lush celebration of the unquenchable human need to tell and share stories, and an elegy haunting to declining print communities. The contemporary artist tells us more: “I share the stories of those on the front lines of saving books and libraries and preserving endangered languages ​​and endangered cultures, as well as the grief of losing access to personal and collective pasts and histories. It was partly filmed in Venice, a city that embodies a vital history of print and open access and tells, among other stories, how now-defunct archival books of female partisans and genocide survivors are saved. and political power with Italian book history professor Mario Infelise are intertwined with conversations with Singaporean scholar Faris Joraimi on the cultural politics and intellectual history of the Malay world. Venetian librarian Ilenia Maschietto shares stories from banned books and his favorite resistance books, while academic Marco Borghi explains how alternative archives can act as safeguards for democracy.

She concludes by saying, “Through these stories, I hope to convey how the book can be seen as the embodiment of collective thought, labor, and readership, and I hope viewers will recognize the book as an intimate keeper. of humanity and the community. The exhibition itself is also designed to make the viewer feel like they are in a book, to immerse themselves in the experience of it rather than seeing it as an external object. The paper maze designed in collaboration with Bauer and Miotto brings the stories shared in Rao’s work to life, creating engagement and excitement.

Rao’s practice explores diverse ideas including libraries, archival systems, stories and lies, literature and violence, ecologies and natural history. She navigates through these ideas through an array of media, including film, text and photography. She examines current and historical hotspots as shifts in perspective to examine contemporary crises of displacement, whether of people, languages, cultures or knowledge. The multidisciplinary artist has visited public and private collections, libraries and archives around the world for his 10-year project titled Pulp: a short biography of the banned book. His published books have won numerous awards, including the AIGA (New York) Fifty Best Books of 2016 and 2018, and D&AD Pencil for design (2016, 2018). Rao has also been presented at the 10th Asia-Pacific Triennial (2021), March Meets (2019), the fourth Kochi-Muziris Biennial (2018), the 10th Taipei Biennial (2016); third Pune Biennial (2017) and second Singapore Biennial (2008). She is currently curator of the next Kochi-Muziris Biennale in 2022.

The 59e La Biennale di Venezia International Art Exhibition, titled The milk of dreams is open to the public from April 23 to November 27, 2022 at the Giardini and the Arsenale in Venice.

Click on here to know more about STIRring Dreamsa series of STIR articles that explore some of the best presentations from this year’s edition of the art biennale.