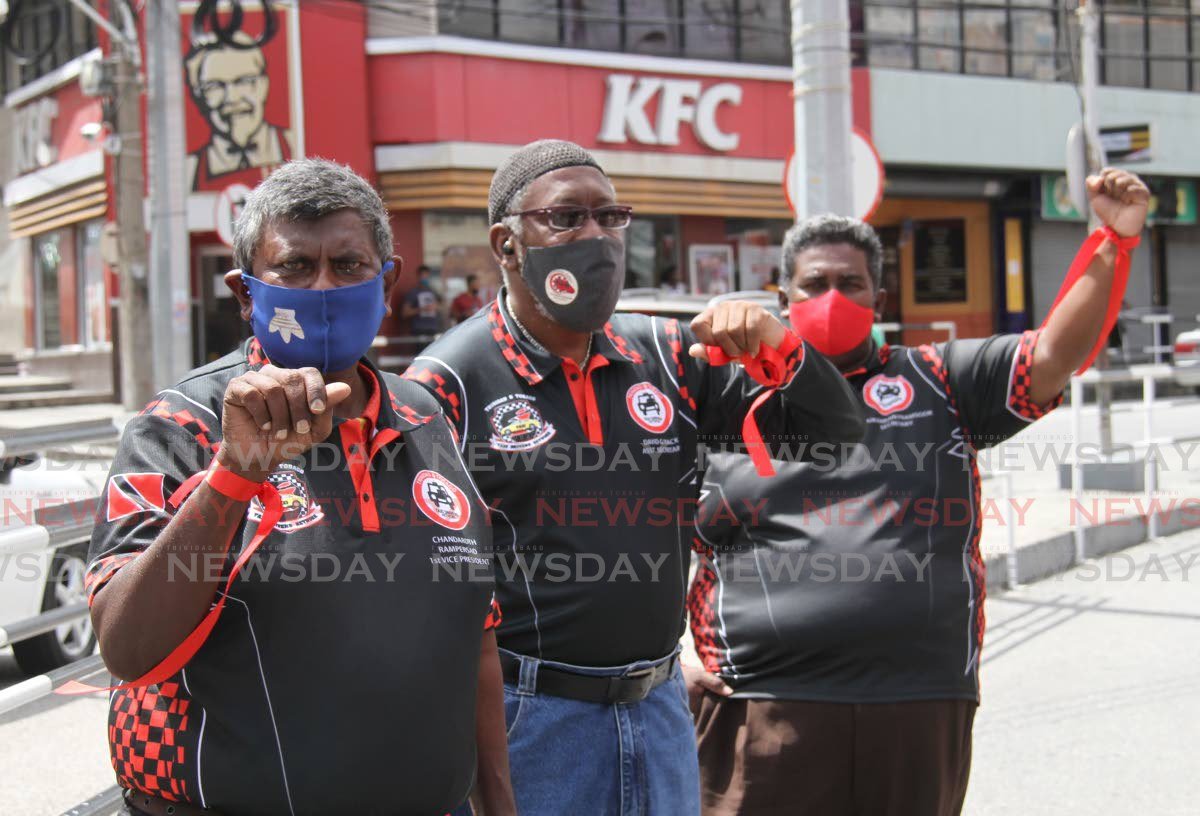 Although the president of the Trinidad and Tobago Taxi Driver Network, Adrian Acosta, wants an increase in the occupancy rate of public transport, he does not want to be vaccinated against covid19.

At a press conference at the Library Corner in San Fernando on Tuesday, Acosta said it was his right to refuse any of the vaccines.

“‘Vaccinate to operate’ is a government saying. My choice is not to take the vaccine,” he told reporters.

To his knowledge, Acosta said, on the network, which has around 35 associations, each with around 80 members, only 30 have signed up for a vaccine against covid19.

Acosta hosted the conference to call on the government to increase the capacity allowed in taxis by 50 percent under current pandemic rules. He wants “one passenger at a window” (which equates to 75 percent of the capacity).

He estimated that 70 percent of its members support the appeal. Speaking on behalf of the network, Acosta said taxi drivers complained about the 50% capacity, although he pointed out that members follow all covid19 protocols.

“The drivers are not making money. We understand the situation regarding the pandemic, but we all have to live right now. We have high maintenance vehicles,” Acosta said.

â€œAll we ask is that the government allow a passenger to a window, which will help us support our families and our vehicles. It is unfair for the government to say that we are all in the same boat and that they are getting their full pay. “

He called on government officials to cut their salaries in half, saying it would help support those who have been sent home and have not received a salary in recent months.

Acosta called on the government to “lead by example,” adding that officials are asking citizens to bend their bellies, while receiving full salaries themselves.

A few days ago, via social networks, Acosta called on taxi drivers to take time off on Tuesday to underline their dissatisfaction with the 50% capacity rule.

He said maxi-taxi drivers suffer the same pain as taxi drivers and called on them to join in solidarity on Tuesday to stay home, rest and reflect.

“Take a day off. We know it will bother the public to travel, but we are under a lot of pressure at the end of the day. After covid, there is life. We barely earn the money to put in food on the table to feed our families, â€Acosta said.

â€œThe government gave us two days off, two weekends ago,â€ he said, referring to the Labor Day weekend when the restrictions were extended. “We haven’t benefited from that as far as I’m concerned.”

He also encourages drivers to tie a piece of red ribbon to their car’s left mirror to show their support for the protest.

Acosta also complained that there were many private taxis for hire (PH) on the route. He accused some of carrying more than 50 percent capacity and called on the government to take action against these illegal drivers.

He vowed that the network would continue to push until the government heeded his call.

â€œIf we have to go out and make some noise, we will. Just because we want to risk becoming covid,â€ Acosta said.

Considering that legal capacity is still at 50 percent, he urged the traveling public not to travel in a car carrying three passengers.

Creator profiles & the future of publishing