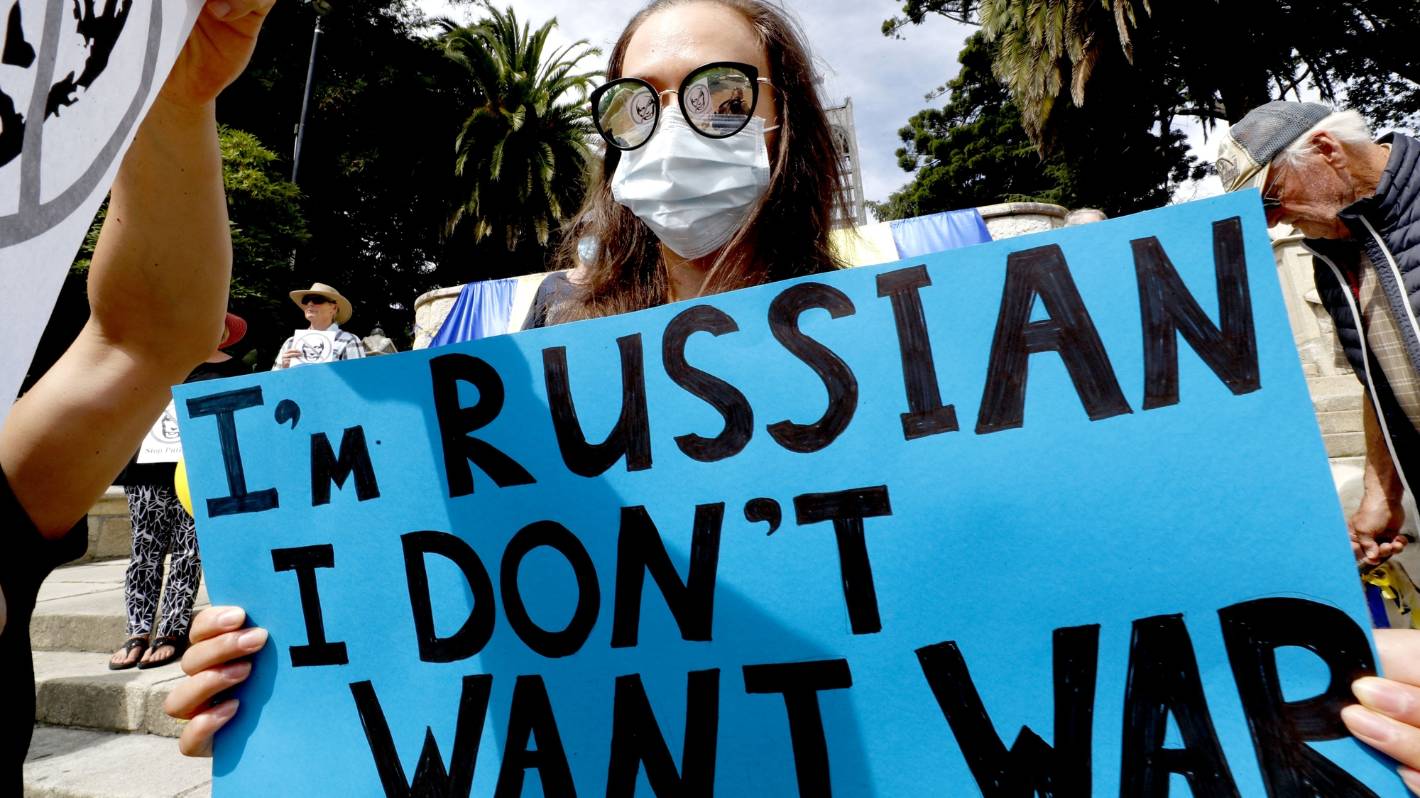 The war in Ukraine is having an immediate impact on New Zealand businesses, with ongoing fallout expected

The economic fallout from the war in Ukraine is already being felt in New Zealand, with soaring fuel and food prices, a rising New Zealand dollar and widespread supply chain disruption, with worsening expected in the coming months.

Chris Edwards, who is managing director of international air and sea freight logistics company Go Logistics, says the supply chain disruption is even worse than when Covid-19 first hit.

“This is probably the worst point we’ve been in the last two years in the supply chain,” says Edwards.

Russia has traditionally been a big player in air cargo, but international sanctions against Russia have removed its planes as a cargo option, he says.

“Because of the embargoes on these aircraft, there is now enormous pressure to try to find air cargo capacity from Europe to the rest of the world,” says Edwards.

Air freight costs are already high due to the pandemic, and now they are rising even more, he says.

He says a customer who sends air freight from Germany to Hong Kong now has to pay five times what it cost before the war.

He says an extensive Russian and Chinese rail network linking China to Europe is also affected by embargoes on some rail container movements.

This is causing European seaports to become congested as people seek to put containers unable to move by rail on ships, he says.

“Although there is no official embargo on this rail network yet, we expect to see it.”

If congestion worsens, which is expected, it will cause significant delays and congestion surcharges will be added, he says.

“Again, this results in higher prices for New Zealand imports.”

Those importing from Europe will be hardest hit by the war in Ukraine, he said.

Unlike fuel costs, which are felt immediately, the impact of shipping disruptions on the price of consumer goods can take months to be felt in New Zealand, he says.

The war is also expected to hit food prices, as Ukraine and Russia are both major producers and exporters of corn and wheat.

Danny Schlierike, spokesman for breakfast cereal maker Hubbards, says the war had an immediate impact on his business.

The price of wheat would have increased by 60%, he says.

“Although our product is not derived from Russia or Ukraine, we are going to see the ripple effect as demand grows in alternative markets,” Schlierike says.

In mid-March he was informed of a 30% increase in the fuel adjustment factor (freight rate to cover the cost of fuel), he says.

Sugar prices have risen as a direct result of the unrest, as higher oil prices prompt factories to switch to ethanol production, which will likely reduce sugar production, he says.

Sunflower from Ukraine and Russia, which is used in most Hubbards cereal ranges, is expected to increase by 33%, he says.

“That, coupled with the current global supply chain issues that everyone is already feeling, will have a real impact in the months to come.”

Originally from Berlin, Germany, Pasch says war in Ukraine seems close to him.

With Russia and Ukraine being major wheat exporters, she has been monitoring developments to see what impact the war might have on wheat prices, she says.

“I was very aware of that,” Pasch says.

One of the first things she did when she heard about the Russian sanctions was to call her flour supplier to ask for the price of the flour, she says.

Bread and Butter has a flour price which is agreed every six months. She was told there was no immediate price change in the organic flour market, she says.

“I can relax for the next few months.”

But if there’s a big price spike in the regular flour market, the organic price is also likely to change, she says.

She buys wholemeal flour and rye flour from New Zealand, but most of her white flour is imported from New South Wales.

Ingredient prices had risen even before the war broke out, especially chocolate and dairy products, she said.

There has also been a sharp increase in labor costs over the past four months, and wages now account for 50% of overall costs, whereas normally wages made up a third, she says. .

“Combined with all of this, our revenue is through the floor due to the current Omicron outbreak.

Most of her income comes from the wholesale bakery side of the business that sells to other hospitality businesses, she says.

In September, Bread and Butter raised prices by 5% in response to rising costs and now another price hike is in sight, she says.

“We’ll do another probably after Easter.”

These price increases will come at a difficult time for its wholesale hotel customers, who are also struggling in the current environment, she said.

“It’s a pretty tough time in hospitality, I’ve never seen it like this.”

Chief executive of meat exporter Greenlea Premier Meats Tony Egan says there hasn’t been a “runaway” in beef prices, but it’s still early days and the market has yet to stabilize.

“We haven’t seen any significant upward movement in the market at this point,” says Egan.

Having mostly grass-fed animals is an advantage for New Zealand farmers, he says.

“Our industry is not as dependent on grain as in the northern hemisphere. »

Greenlea exports beef raised in Waikato as chilled and frozen cuts to more than 40 countries, but very little to Russia or Ukraine, he says.

“This region of the world is not a big market for us because we have become very Asia- and US-centric in our business.”

About 90% of its production is exported and any increase in international meat prices will benefit its farmer suppliers.

“But this is just the beginning, and it remains to be seen how the global food system will calm down after this disruption.

“Essentially there is a positive story for New Zealand as a grass-based protein producer that can do this effectively with current resources.”

Costs are inflating and rising oil prices will increase its export costs, he says.

The price of imports into the United States tends to be a barometer of meat prices, he says.

But there are so many markets and products that prices depend on demand in each market, he says.

It says it factors in the New Zealand dollar on a weekly basis.

“We buy it at a farmer price, and we sell it at a market price and the exchange rate is in the middle. We are simply trying to modulate this activity.

Andrew Crawford, managing director of Marlborough airline Sounds Air, said he had seen a 56 per cent increase in aviation fuel used, Jet A1, over the past year.

“It was a dramatic increase before Ukraine, but now it’s only getting worse.”

Price increases will have to be passed on to customers in the form of higher airfares, he says.

“We can’t absorb it right now. We are in a serious crisis anyway because of Covid.

He says a stronger New Zealand dollar helps maintain the price of aviation parts, most of which come from overseas and are traded in US dollars.

Workers are borrowing more to cover transport and food costs