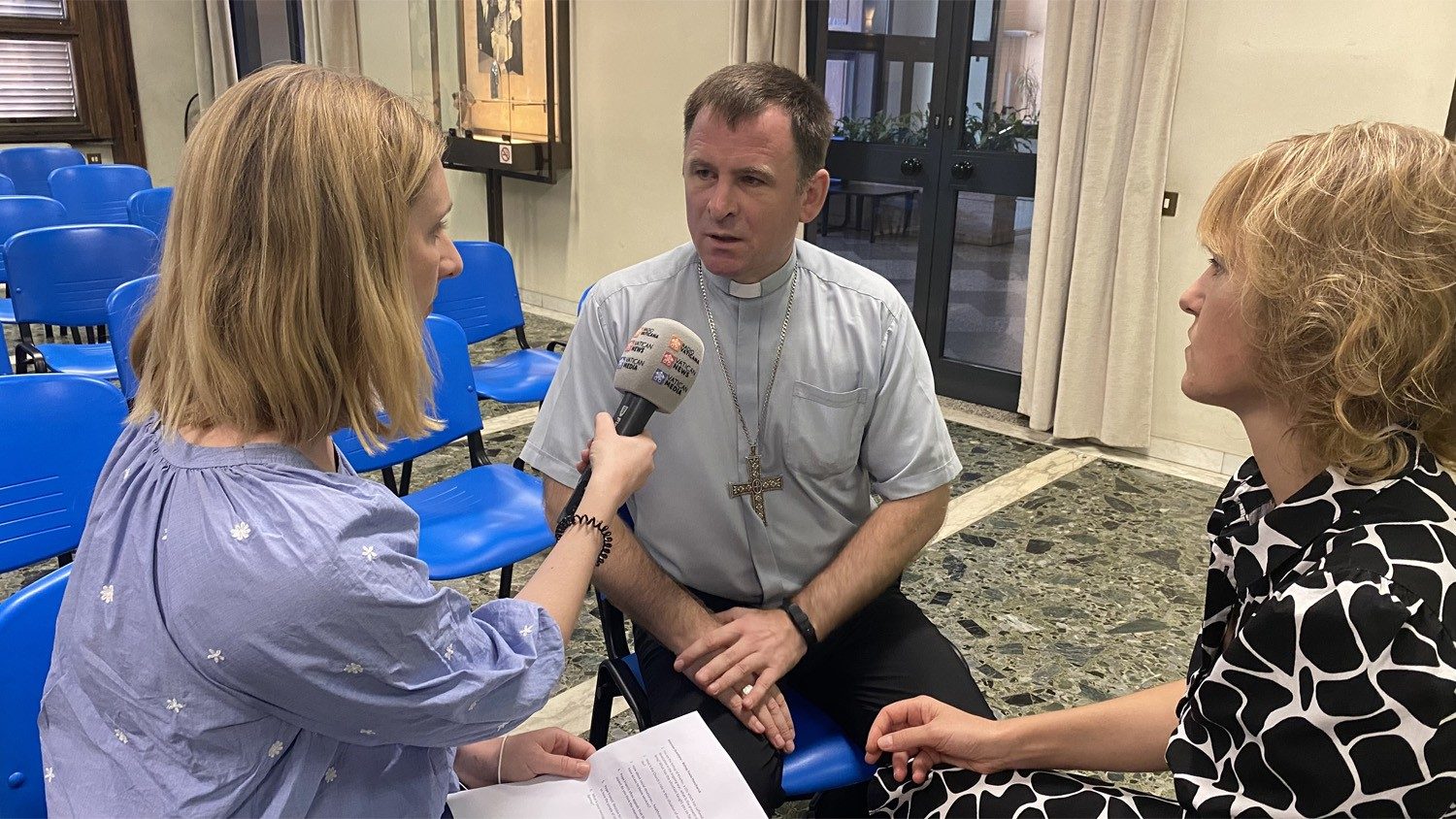 The Press Office of the Holy See announces “Speak from the heart: Veritatem facientes in caritate” as the theme for the 57th World Communications Day.

By the editor of Vatican News

“Speaking from the heart: Veritatem facientes in caritate” (Doing the truth in charity) is the theme of World Communications Day 2023, the Holy See’s Press Office announced Thursday.

The theme, which joins that of 2022 – “Listening with the ear of the heart”, is intended to be part of the journey that will lead the whole Church to the celebration of the Synod of October 2023.

Speaking from the heart, one affirmation explains, means giving ‘reason for hope’ and in doing so gently, ‘using the gift of communication as a bridge and not as a wall’.

It is an invitation to “go against the tide” in an age characterized by polarization and heated debates which exacerbate tempers – even in church life.

Speak the truth with a style of mercy

The theme further invites everyone not to “be afraid to state the sometimes uncomfortable truth which finds its foundation in the Gospel”.

This proclamation must not, however, be separated from a “style of mercy, of sincere participation in the joys and sufferings of the men of our time”, as shown by the dialogue between the mysterious traveler and the disciples of Emmaus in the Bible.

In the dramatic context of conflicts in different regions of the globe, the theme affirms the importance of non-hostile communication

Thus, he promotes “communication open to dialogue with the other, which promotes “integral disarmament”, which strives to dismantle the “psychosis of war” that lurks in our hearts”, as Saint John prophetically urged XXIII sixty years ago in Pacem in Terris.

In this respect, everyone, and in particular those who work in the field of communications, are called to exercise their profession “as a mission to build a more just, more fraternal and more humane future”.

Pope Francis appointed two new members and 10 new consultors to the Dicastery for Communications on September 29.

The new consultors of the Dicastery are Fr. George Plattoham, secretary of the Social Communication Office of the Federation of Asian Bishops’ Conferences (FABC); Oscar Elizade Prada, coordinator of the Communication Department of CELAM; Helen Osman, President of SIGNIS; Prof. Fabio Pasqualetti, Dean of the Faculty of Communication Sciences of the Salesian Pontifical University; Sr. Veronica Donatello, Head of the National Service for the Pastoral Care of Persons with Disabilities of the Italian Bishops’ Conference, Sr. Adelaide Felicitas Ndilu, National Executive Secretary of the Commission for Social Communications of the Bishops’ Conference of Kenya and Director of Radio Waumini; Fr. Andrew Kaufa, coordinator of the Communications Office of the AMECEA Regional Conference of Bishops; Tomas Insua, executive director of the Laudato Si movement; Professor Antonio Cisternino, President of the Ateno Information System (CIO) of the University of Pisa; and John E. Corcoran, founder of Trinity Life Sciences.