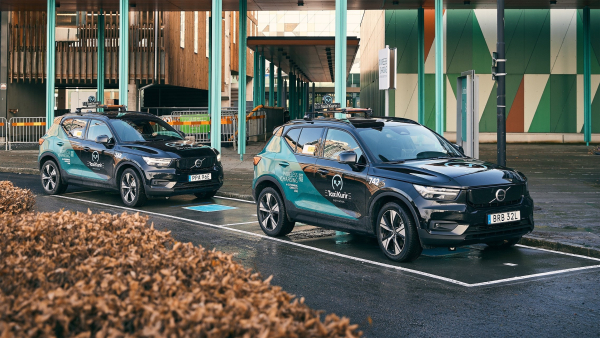 Volvo Cars integrates and test wireless charging technology in a living urban environment with selected partners, evaluating its potential for future electric cars. Over a period of three years, a small fleet of fully electric Volvo XC40 Recharge cars will be used as taxis by Cabonline, the largest taxi operator in the Nordic region, and charged wirelessly at stations in Gothenburg, Sweden.

The wireless charging test is one of many projects outlined in the Gothenburg Green City Zone strategic initiative, in which designated areas of the city are used as live test beds for the development of sustainable technologies. .

The charging stations used in the test are provided by Momentum Dynamics, a leading provider of wireless electric charging systems. Charging starts automatically when a compatible vehicle parks at an on-street charging station, allowing drivers to easily charge without getting out of their car.

The charging station sends energy via the charging cradle, which is picked up by a receiver in the car. To easily align the car with the loader, Volvo Cars will use its 360 degree camera system.

For XC40 Recharge all-electric cars, wireless charging power will be over 40kW, making charging speeds about four times faster than an 11kW AC wired charger and almost as fast as a fast charger wired DC of 50 kW.

In total, the Volvo cars will be used for more than 12 hours a day and travel 100,000 km per year, also making this the first durability test of fully electric Volvo cars in a commercial use scenario.

Last year, Volvo Cars helped launch the Gothenburg Green City Zone initiative, which aims to achieve emission-free transport by 2030. Using a real city as a testing ground will allow the company to accelerate the development of technologies and services in the areas of electrification, shared mobility, autonomous driving, connectivity and security.