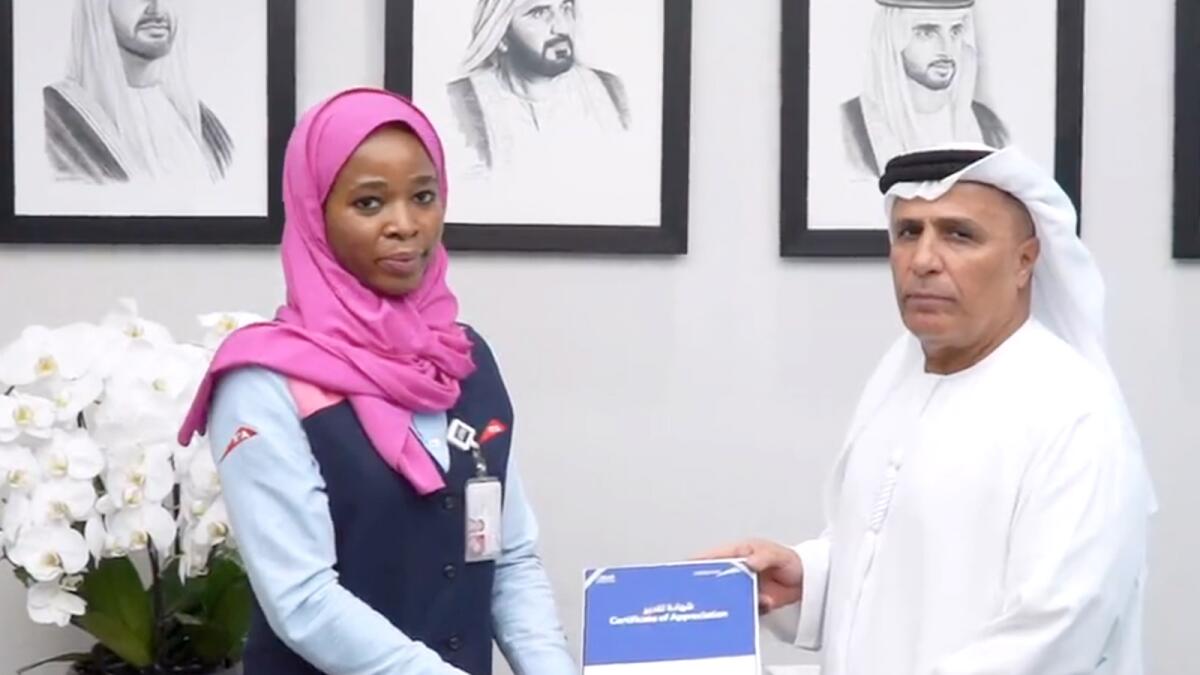 Two taxi drivers and an RTA parking inspector in Dubai were honored for their honesty and good character.

Mattar Mohammed Al Tayer, Managing Director and Chairman of the Board of the Roads and Transport Authority (RTA), presented them with certificates and thanked them for their services.

“We are proud to have employees with such honesty, integrity and ethics at RTA,” he said in his tweet.

Parking Inspector Obeid Miftah Abdullah was honored for his dedication and sincerity in carrying out his duties.

Nancy Orgo of Dubai Taxi Corporation (DTC) handed over a bag containing 1 million dirhams left in her taxi by a passenger.

Driver Umar Altaf Hussein of Cars Taxi returned a wallet to a customer who had left it in his taxi.

A classroom in your pocket