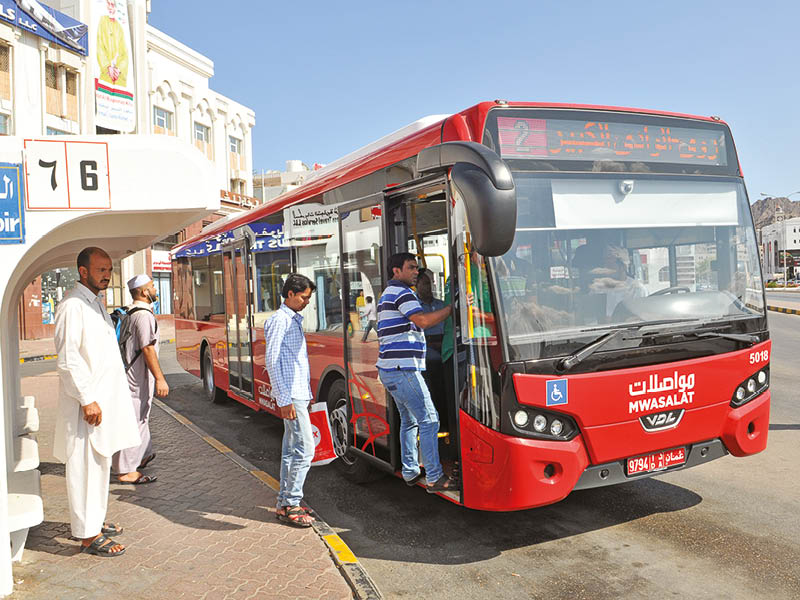 Will people use public transport?

Muscat – With the population increasing and daily traffic jams, Oman continues to improve its public transport system, including a metro network project in Muscat. However, will commuters leave their cars at home and use public transport?

There have been many deliberations about the new public transport system to be built which is expected to transform the way people move around the city. Many say this is long overdue and new ideas need to be implemented to avoid inconvenience and more cars on the road.

According to HE Saeed al Maawali, Minister of Transport, Communications and Information Technology, a committee has been formed for the metro project in Muscat. “The ministry also plans to organize the taxi and truck sectors this year,” he said recently.

Mwasalat has upgraded its buses to international standards, in addition to adding more buses to its fleet, so that people depend on public transport and reduce the use of light vehicles. He said a single bus can replace 40 private vehicles and save energy, reduce emissions, minimize noise pollution and reduce traffic accidents.

Currently, public transport in Muscat consists of two bus lines and a loosely regulated network of minibuses and taxis that ply the main roads. The master plan includes the creation of a transit authority, the expansion of bus services, park-and-ride facilities and an overhaul of taxi regulations in addition to the proposed metro network.

Once public transport takes the desired form and becomes accepted by the public, there will be a significant drop in the number of cars on the road. Most Omani households own one or more vehicles. However, cultural reasons might prevent citizens from using public transport, especially women. “The idea of ​​public transport is great, but I don’t think the culture will change because it’s always better for women to use their own car than to mingle with other men. In addition, there are security reasons. The introduction of female-operated taxis, however, could solve this problem,” said Sawsan al Ajma, a bank employee.

According to commuters, the main area that needs urgent attention is the provision of reliable and efficient public transport services as a real alternative to private cars. “It’s always easy to reach anywhere with your own car, but I don’t think a public transport system can take you anywhere and anytime. If public transport is made as convenient as our own cars, then I’m sure everyone will want to use it,” said commuter Musallam al Habsi.

As Muscat grows busier and more congested, one factor that could hold the city back is its lack of an efficient public transport system. Current options are limited to shared taxis, crowded mini-buses and taxis whose fares are difficult for many to understand.

“I find that Oman in general, and Muscat in particular, does not have a proper public transport system. The taxis that are available must have a regulatory authority to monitor them. I have noticed that some taxi drivers do this for extra income, sometimes charging fares as they wish. Any citizen can drive a taxi and there are chances of being charged more than the services,” said businessman Mohammed Soud.

According to Saleh al Mahrooqi, a private sector employee, the relevant question is whether commuters who have vehicles but are keen to reduce fuel costs and the hassle of driving in ever-increasing traffic jams will in fact choose to travel. ‘use public transportation. “I think Oman needs to work on this issue of public transport. The authorities must regulate taxis. In addition, there is a need to reorganize bus services to make them more accessible to everyone. A subway system is another option to consider. We have to look at how other countries are doing.

The available taxi system is not female friendly. “I’m not comfortable traveling by taxi here. I don’t feel safe, especially when I’m alone in the taxi. Moreover, the drivers charge what they want. There is no consistency in pricing. Some drivers try to engage female passengers in nonsense and there is no way to report them to the authorities,” an expat said on condition of anonymity.

The City Council recently hosted representatives of the Spanish company Inco Consultant, appointed by the Ministry of Transport, Communications and Information Technology for the Sultanate Public Transport Development Project – Phase I – Muscat Governorate – to explore ways to deal with the situation.

“Company representatives made a presentation on their study which aims to reduce traffic congestion, minimize the environmental impact of the current system and increase economic benefits by improving the public transportation system,” an official from the city said. municipality of Muscat.

Are you having trouble learning the language? The Best Expat Countries in Europe for English Speakers